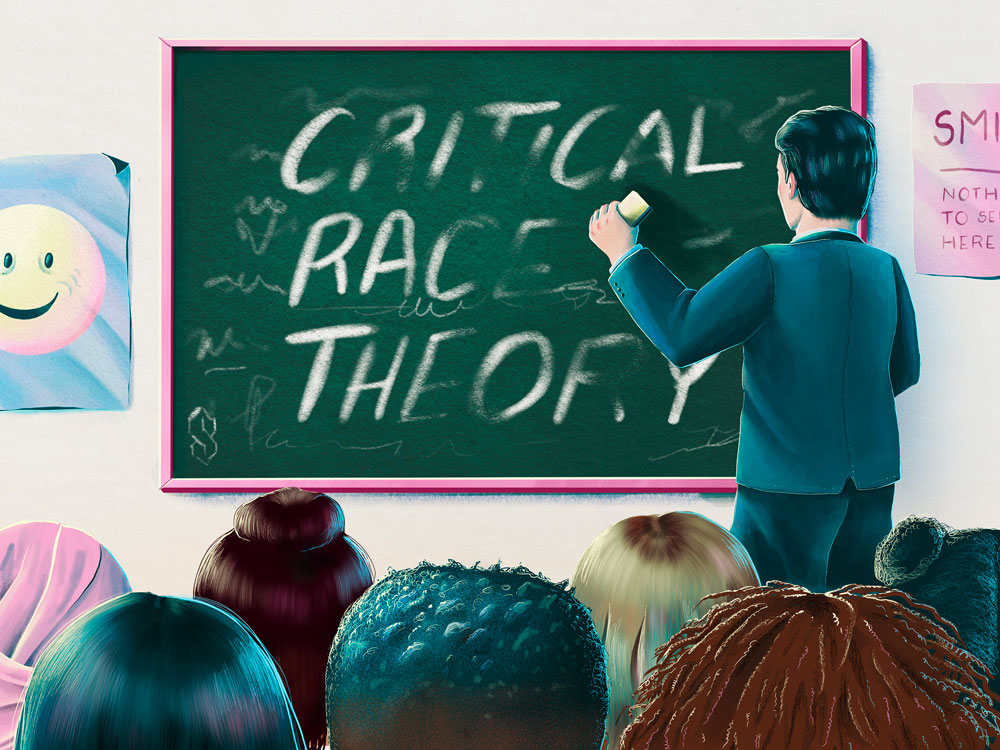 A soundbite is a catch-phrase, a sticky statement — a few words strung together representing a lot more than just the collection of words used as a stand-in for a much broader topic. The better soundbites fit easily on a sign that gets carried to the streets by well-organized groups. Some of the more effective soundbites become slogans that are easily chanted.

Black lives matter is one of my favorites. Three words that fit on t-shirts, hats and roll off the tongue with ease. Yet behind this simple statement lies generations of wisdom and lived experiences. Black Lives Matter represents a particular view of history, a take on the present, and a stance on where we need to go. This short phrase communicated these complex perspectives because we each have a context coming into our hearing.

For me, Black Lives Matter acknowledges an uglier side of history that too often isn’t told. This phrase lies at the core of my faith in a God for whom all lives matter. But, until equitable justice is the rule for black lives, all lives are cheapened.

A lot happened since the pandemic began. While a large part of the nation’s citizenry hid out in isolation, our country proved that black lives matter a whole lot less within our economic and legal systems than whiteness. The exposure of blatant reminders brought millions out of isolation and into the streets to raise awareness that the time for action is long overdue.

I prefer to use the term, sticky statement when I’m preparing a sermon. A phrase is sticky if it can be easily remembered and effectively represents the meaning behind the message. Each week I spend time thinking about an expression that depicts the core theme of our message. Unfortunately, most weeks, I fall short of an effective sticky statement.

I don’t fret over not having a good sticky statement for every message since I also realize the danger of a short phrase as a stand-in for the actual message. Like all posers, a soundbite repeated by persons unfamiliar with the message behind the words is empty. The real meaning takes on a new life of its own that seldom represents the content behind it.

Jesus frequently said things that have since been turned into sticky statements. One of my favorites comes out of a story Jesus told about shepherds. “Good shepherds,” according to Jesus, love the sheep under their care. And they show their love by putting their body’s between the sheep and danger.

I am the good shepherd, who is willing to die for the sheep…The hired man runs away because he…does not care about the sheep.
John 10:11, 13

“The real shepherd enters the sheep pen through the main gate,” said Jesus, “while a thief jumps the fence.” Thieves are more obvious to spot. Less predictable are persons hired to care for sheep with no attachment to their well-being. Hired hands are harder to spot because they enter through the gate like they own the place. But they make lousy shepherds (John 10:1-13).

Politicians utilize soundbites as a way to make headlines and to organize support behind ideas. Political strategists know which keywords and phrases catch the attention of journalists hungry to write a story that appeals to more readers.

In some cases, soundbites help recruit new supporters with whom the idea resonates. But, unfortunately, soundbites frequently spread misinformation that takes on a life of their own.

Critical race theory (CRT) is the latest soundbite catching the attention and imagination of a growing number of people. CRT originated in academia when Harvard law professor Derrick Bell challenged the claim that landmark legislations delivered liberty and justice for Black Americans in his book, Race, Racism and American Law, which was first published in 1973. 1

CRT questions the progress made in pursuit of the idea of freedom and justice for all. Traditionally “all” referred to white male landowners only. Legislation passed in the past sixty years or so included women and people of color. However, systemic racism persists.

Recently, an increasing number of politicians are using CRT as a catch-all soundbite. Their message is simple — CRT is terrible for America and shouldn’t be taught in schools. However, arguments against CRT make accusations that were never a part of the actual content.

Are CRT soundbites an illustration of the warning Jesus offered about thieves and posers? A poser may dazzle us with soundbites that hammer home their claims to be protectors and saviors. But these posers are exposed when real danger appears. This is because posers offer soundbites instead of their bodies when it comes to trouble.

This is the danger of soundbites. They’re used to dazzle us into thinking a particular way that often obscures the truth. This is the case with CRT. Politicians are targeting this academic concept offered for public debate as a soundbite to justify laws that legislate content within our educational systems.

Opponents of legislation that hopes to reduce or eliminate systemic racism use CRT as a soundbite in arguments against curriculum that exposes systemic racism. This strategy is working because soundbites don’t contain the facts. Once a soundbite gains traction, it is used as a weapon in political battles around subjects that are only vaguely related. Such as opposing Black lives matter by blaming CRT.

The latest controversy involves k-12 curriculum content. Several state legislatures are passing or considering new laws that ban CRT as a subject. Their arguments intentionally misrepresent CRT and mislead the public about the real issues. For example, the former vice-president claimed in a speech last month that, “Critical race theory teaches children as young as kindergarten to be ashamed of their skin color.” Really? 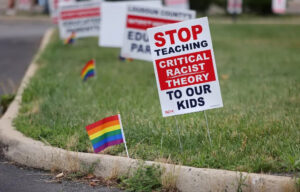 The arguments for preventing schools from talking about CRT are based on the view that history “holds no contemporary consequences” and that “racism ended in the past.” The take-away intended by the soundbites, according to J Kimberlé Crenshaw, is that “We would all be better off if we didn’t try to connect it [history] to the present.” 2

In another Washington Post article, Bryan Anderson described critical race theory as “A way of thinking about America’s history through the lens of racism.” CRT recognizes that racism is systemic and rises out of our nation’s history. Proponents of CRT argue that our schools should tell the truth that federal law historically treated people differently based on the culturally invented idea of race. 3

Kathryn Schumaker, in her article, covered the signing of a new law in Oklahoma that coincided with the centennial of the Tulsa Race Massacre. By the time it ended, mobs had destroyed over 1,200 buildings taking away a generation of accumulated wealth owned by African-Americans. No one was arrested, and the incident swept under the rug. The new Oklahoma laws require educators to instruct students, “To emphasize that although the perpetrators of the Tulsa Race Massacre did bad things, their actions do not shape the world we live in.” 4

The truth is that history did shape the world we live in today. The consequences of past actions are not neutralized because we chose to move on with our lives. The audacity of legislators to enact laws that perpetuate systemic racism is tragic. The real damage is hidden behind soundbites that intentionally mislead the public.

Moreover, it is disheartening to see persons who claim to follow the teachings of Jesus offering support for legislators and the soundbites they use to justify their objections to solutions that could help curtail systemic racism.

Nevertheless, each of us has the freedom to choose how we return from isolation to face whatever normal we build together. We make our choices with each vote that we cast.

The next national election will be tainted by numerous new laws that make it more difficult for many people to vote. Instead of being disheartened, let’s respond to this attack on our democracy with a record turnout for elections. We can respond to blatant disregard for democratic elections by dismissing legislators who proposed laws that create unwarranted obstacles.

We need to seek out authentic shepherds when it comes to choosing a candidate to support. Real shepherds show loyalty to the people they represent through more than mere soundbites. Let’s consider whether their personal history suggests a person willing to give their life for us. Let’s dismiss self-serving candidates who spew misleading soundbites and respond to challenges by changing the subject or responding with lies.

But that’s me, and I’m only one vote.

This month our series, Coming out, turns the spotlight on coming out of isolation now that restrictions are ending. But what is the new normal that we hope to come out for? Next week we examine climate change. Plan to join us.

1 Samuel Hoadley-Brill. “Critical race theory’s opponents are sure it’s bad. Whatever it is.” © Washington Post, July 2, 2021.

4 Kathryn Schumaker. “What is critical race theory and why did Oklahoma just ban it?” © Washington Post, May 19, 2021.