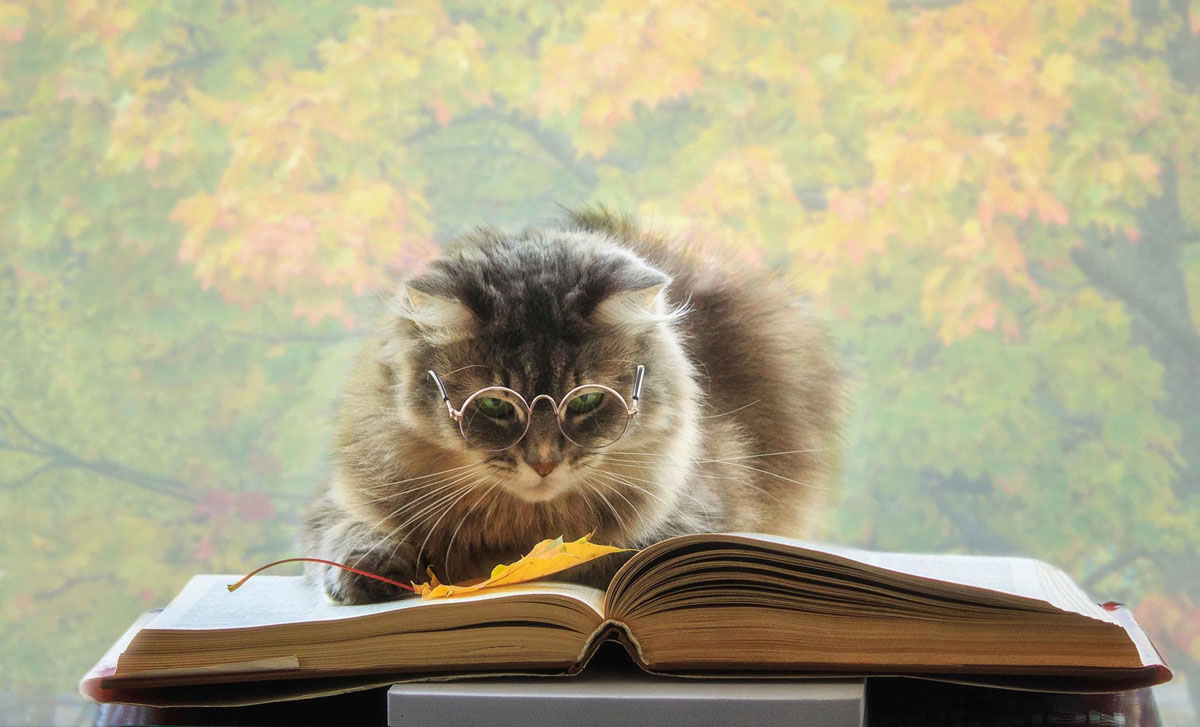 “Aren’t you curious,” her friend asked. “Of course, I’m curious,” she replied, “but don’t you know that curiosity killed the cat!”

We all know that curiosity killed the cat. At least according to conventional wisdom. However, this expression began as a line in Ben Jonson’s city comedy “Every Man in His Humour.” In his play, William Shakespeare said, “care killed the cat,” as one of the cast members. The line appeared again the following year in Shakespeare’s play “Much Ado about Nothing.”

The underlying theme for the phrase could be about fretting over things that shouldn’t warrant expending that much energy. But I think it means that worry breeds anxiety, and anxiety is a health hazard likely to end your life earlier than not. On the other hand, curiosity more often reduces anxiety.

So curiosity helped the cat live a longer, happier life.

However, when curiosity is truth-seeking, the consequences of information may come with discovering you were wrong. This makes humility an essential companion for curiosity. “They go together,” as Forest Gump’s mother would say, “like peas and carrots.”

As we near the end of our Masterpiece series, we need to elevate curiosity to the level of spiritual discipline. This is because curiosity makes us more aware of the world around us. And more aware of how policies affect us. And what we learn when we’re curious helps us to make informed decisions about how we cast our votes.

Aren’t you at least a bit curious about what is causing inflation?

I purchased my first home directly from the seller. The owner understandably wanted assurance that he wasn’t wasting his time on a prospective buyer who couldn’t afford to pay a fair price. So to learn a little more about my background, he engaged me in a conversation about a subject with which he was familiar.

Since I worked in the computer industry, the seller quizzed me on the benefit of using computers in business. For him, running a profitable business was straightforward. “I buy a bushel of tomatoes for $15 and sell the bushel for $20,” he said. “And I make a $5 profit,” he concluded. “It isn’t any more complicated than that, so why would I need a computer?” he asked.

“Do you pay taxes?” I asked. “Of course I pay taxes,” he answered. Taxes are just one complicating factor. “Do you import any of the things you sell?” I asked without needing a reply. “Some items require that additional taxes are paid on the goods, whether or not you’re able to sell them.” The simple transaction of selling a tomato doesn’t require a computer. However, import a container of tomatoes from Mexico, and things get complicated in a hurry.

The taxes added to goods that move from one country to another are called tariffs. For example, the U.S. charges 17.5% on tomatoes imported from Mexico. We also charge tariffs on most goods coming from China. The average tariff on Chinese imports is over 19%.

If a producer charges one dollar for a product, the new price is at least $1.19 higher. This is because U.S. tariffs on imports from China were increased substantially under the prior administration in response to a promise to create a fairer deal for U.S. companies. Ever wonder what causes inflation?

What thoughts go through your head when you hear foreign policy or trade? Your reaction to these terms is flavored by your knowledge of what they mean. But more so how they affect you. A candidate for office who promises to balance our trade with China is making a claim about how policy impacts the imports from and the exports to that country. And for most of us, the impact feels as far away as the country itself.

Until we go to the grocery store or stop for gas.

We feel the impact of foreign policy every day. Our trade policies affect the price of coffee, tea, and many other items that we depend on to improve our lives. For example, gas prices increased after the U.S. and many other countries stopped importing oil from Russia. With substantially less oil available, gasoline and diesel prices rise. And when diesel increases, so does the cost of transporting tomatoes.

The very essence of business is simple, and so is foreign trade. Until we factor in the impact that it has on our everyday lives. The U.S. and our allies stopped importing Russian oil to reduce Putin’s funding for his war against Ukraine. Millions of lives are at stake. I don’t like paying 4 dollars a gallon for gas, but I understand why it’s happening.

She thought how wonderful it would be to become wise. So she took some of the fruit and ate it…
Genesis 3:1-7

One of the best-known stories in scripture may have a connection to curiosity and cats. God told the first humans that they could harvest fruit from any of the trees and eat any of the plants. But there was one tree that was off limits because its fruit revealed the knowledge of everything.

Curiosity got the best of the first humans, and they ate the fruit anyway. Among the very first insights, they gained was shame. And things got more complicated from there (Genesis 3:1-7).

But before you get the wrong impression I’m not trying to justify their actions. Only that I would have done the same thing. And their curiosity came with consequences. According to traditional interpretations of the story, this was humanity’s first sin because they ignored God’s warning.

Interpreting ancient oral myths is fascinating because so much is packed into the story, but even more is left unsaid. The story itself is short and void of details and context. Nevertheless, it offers a simple explanation for the balance we find between good and bad consequences, along with a myriad of other life lessons.

In the letter called 2 Timothy, we read that we are to “Be a good worker, one who does not need to be ashamed and who correctly explains the word of truth” (2 Timothy 2:15). The pursuit of truth requires massive doses of curiosity as we work towards discerning the truth found in scripture and elsewhere. Add a double portion of humility, and you’re headed towards rewarding adventures.

“The Interesting Meaning and History of the Phrase ‘Curiosity Killed the Cat’.” © Interesting Literature, 2022. Retrieved from: link