Dungeons & Vegans: An adventure towards wellness 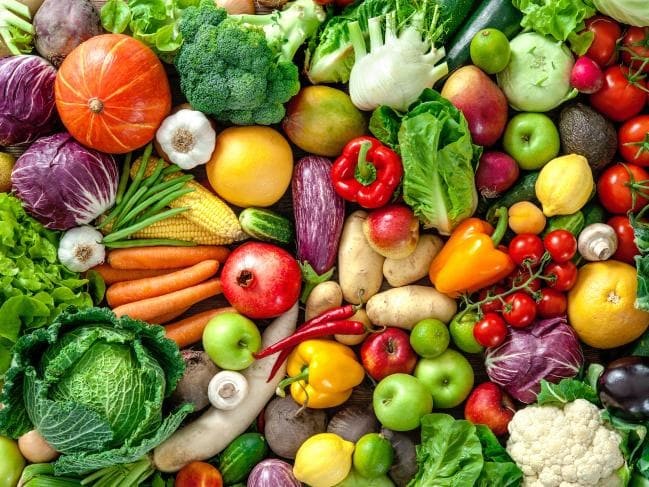 Dungeons & Dragons is a fantasy, tabletop game where each player can choose their own character. Players take on the persona of the character as the players embark on an imaginary adventure within a fantasy setting. The game is monitored and facilitated by a dungeon master. The dungeon master determines the results of each character’s move in the game by interpreting the rules. A group of players can form an adventure-party, and more adventures become a campaign. Each character chooses the next step. The outcome of each decision is determined by rolling polyhedral dice.

The characters meet challenges along the way, including dragon-like creatures that block the path of the characters. Players decide whether and how they will engage the unusual and dangerous creatures which often stand between them and their destination. Encounters usually take the form of battles with hostile “monsters” that may have the characteristics of animals, aberrant beings, or mythical creatures.

The party of characters interacts with the setting’s inhabitants and each other. Together they solve dilemmas, engage in battles, and gather treasure and knowledge. In the process, the characters earn experience points, which results in an increase in power. The adventure requires that the players utilize their imagination and intelligence in making choices. At Asbury, D&D was a favorite game for our youth program that uses popular board games to help participants improve their learning abilities.

I chose to substitute “dragons” with “vegans.” Vegans are another group of aberrant beings that many find challenging. I am not a vegan, but I do not eat beef, pork, chicken, or any other meat from animals. Nor am I a pure vegetarian, since I do eat seafood, eggs, and dairy.

Over the past few years, I have found it challenging to stick to my choice of avoiding meat. Frequently, when food is served at events I attend, there are limited choices that do not contain either meat or meat products. Occasionally, there are no options available at all. My “meat-loving” friends and family have been known to let out a loud sigh when they see me avoiding their favorite dishes. When it comes to popular choices for food, I am clearly an aberrant being.

I discovered a few years ago that breakfast specials seldom exclude meat. And if I order the same selection, but without meat, from the menu, my breakfast will cost significantly more than the same choice with meat that is on special. I’ve given away a lot of breakfast meats in the past. It reminds me of the stories about taking the lead out of gasoline. When unleaded gasoline was first mandated, the prices rose supposedly due to the cost of taking the lead out. But the lead had to be added, to begin with. Why not just skip that step and lower the price?

We are in the midst of a health care crisis in this country. Healthcare costs are rising. The quality of healthcare that we receive is tied to a great extent to our pocketbook. The wealthier are more likely to be able to afford better care. Too many of us do not have access to healthcare that could help prevent problems later.

Where we live, our zip code also affects both our access to healthcare and our need for healthcare. For example, the life expectancy for a person living in Summit County, Colorado, is almost 87 years. The life expectancy for residents of Genesee County is barely 76 years. This may not seem important to a lot of us, but Genesee county residents in their 70’s might be a bit more anxious than a Gen-X’er. Numerous factors affect our health, including genetics. Still, you and I have control over some of the most critical factors that affect our health. What we put into our bodies and what we do with our bodies.

Give us vegetables to eat and water to drink. Then compare us with the young men who are eating the food of the royal court… When the time was up, they looked healthier and stronger than all those who had been eating the royal food.
Daniel 1:11-16

Scripture is infrequently used as a source for recipes when it is time to prepare a meal. The list of entrees and ingredients are vague. And much of scripture that describes the food from that period is from a time when ancient grains were not ancient.

This week the Book of Daniel offers us one view of food choices. This book begins with Daniel and his Jewish friends being tempted by an offer to enjoy the choice foods that were fit for a king. They would be eating the same selections of food that the king enjoyed. A  breakthrough for these young men who had been taken to a foreign land against their will.

The “royal food” clearly was not a buffet for a vegan. More likely, the royal buffet consisted of meat dishes, rich foods, and lots of options. When I go to buffets, I tend to overeat. Even though I pass on the meat dishes, I still manage to put too much food on my plate. I can hear my dad’s voice asking me if I am worried that I won’t get another meal anytime soon. I can’t put it back. That would be rude. And even more rude not to clean my plate.

But Daniel, according to the story, was a vegan, or at least, Daniel did not believe that the king’s buffet was as good a choice as a vegan diet. Daniel convinced the guard watching over him and his friends to allow them to eat vegetables and drink water. Daniel proposed that the guard give them ten days and then see whether they looked healthy.

I believe that the argument over the importance of eating vegetables was settled a long time ago. “Eat your vegetables” is a common directive from mothers. Unfortunately, too many mothers and fathers don’t follow their own instructions. While encouraging each other to eat more vegetables is seldom controversial, suggesting that we eat less meat often results in an abrupt end to the conversation.

As more news surfaces about the health benefits of eating more vegetables and less meat, so has fears of a vegan take-over. There is a lot of misinformation about veganism. And misinformation about what is too much meat abounds. McDonald’s spent over $1.5 Billion on advertising in 2018. According to the USDA, beef sales in the U.S. for 2018 was over $65 Billion.

Flint doesn’t have to be a place where people live shorter lives with more health issues than other places.

My goal is not to convince people to become vegans or even vegetarians. I hope that we can all improve our health. Flint doesn’t have to be a place where people live shorter lives with more health issues than other areas. Change begins with our decision to allow God to do what God does. Fears that someone might take away our hamburger, or drumstick, or whatever food that is your favorite, get in the way of allowing God to guide us to a healthier lifestyle.

We worship each Sunday at 10:30 am. I believe that God is calling you to join us. Come and participate in worship, not as a spectator, but as someone who belongs to God. I lead a short Bible study in the Asbury Café at 9:30 am. You can find more information about us on our website at FlintAsbury.org.