Favorites: What was God thinking?1 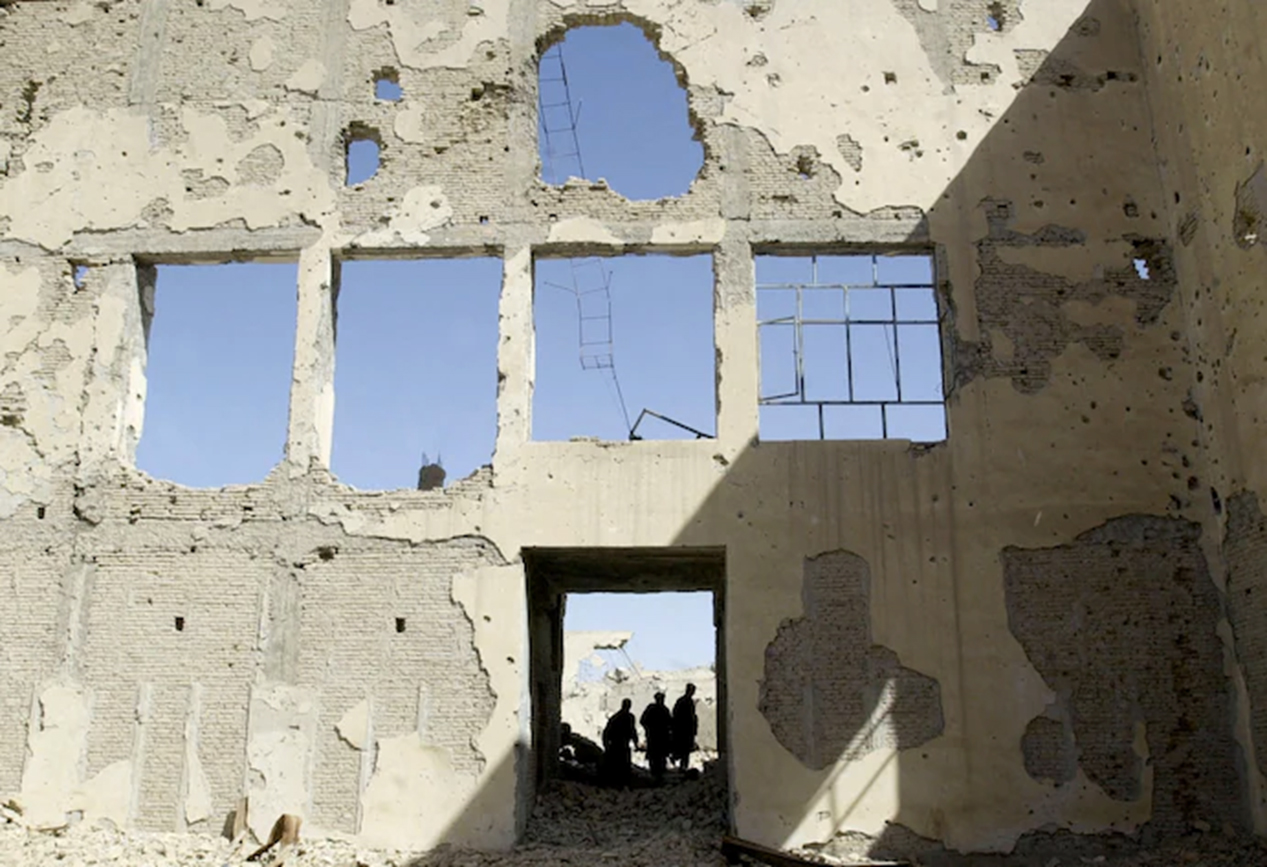 Afghan soldiers walk through a destroyed building reportedly linked to Osama bin Laden, then the leader of al-Qaeda, in 2002 on the outskirts of Kandahar, Afghanistan. (Apichart Weerawong/AP)

This week we remember the events of September 11 that took place 20 years ago. Now known simply as 9/11, it was one of those days where most of us knew where we were and what we were doing when we heard the news. Planes flying into the tallest building in the world is news that travels fast. Yet, the loss of life and ongoing suffering of first-responders and grieving families continues.

Another 20-year milestone was the ending of the War in Afghanistan. A war that began as retaliation and escalated as a preventive measure. U.S. involvement in Afghanistan political affairs began after airstrikes against a group known as Al-Qaeda and the Taliban, which offered safe-sanctuary for Osama bin Laden’s band of extremists.

It’s safe to say that most Muslims are disgusted by the use of violence against innocent civilians in the name of their religion. Of course, this, by itself, does not guarantee our safety. But Claire Parker, writing in the Washington Post, reports that “Experts largely agree that both al-Qaeda and the Islamic State lack the strength to pose a serious threat to the U.S. homeland.”

Frankly, the more significant threat to our security for the past few years has been domestic terrorism. The presence of religious symbols during the attack on our nations’ capital should be a wake-up call. Extremism blamed on God is a threat, no matter which religious group claims exclusive access to divine insight.

The only persistent favoritism shown by God in the scriptures that we Christians count on is towards the poor and marginalized. But no one is left out of the breadth of God’s love and grace. Nevertheless, violence towards others indeed violates any and all understandings of divine will. This is true for any exclusive claims to God’s favor.

Prophets are often in the unenviable position of pointing these truths out. And Jesus wasn’t exempt from the angry responses from people claiming divine favoritism when they are called out for making such claims. 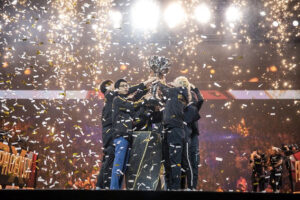 It’s a familiar story. A celebrity comes home to visit, and the townspeople look forward to a front-row seat at their performance. Expectations rise with a familiar chorus and demand on the homeboy to “Sing that song that made you famous.”

The reputation of Jesus spanned the gap between the Synagogue and the streets. He was declared a prophet by a growing fan base due to both His words and His actions. When Jesus speaks, so the story goes, wisdom gushes out in powerful illustrations. His fame spread throughout the land. And now He was at His home church in front of the people who knew Him as a child.

There was undoubtedly a hush through the crowd as Jesus was handed a scroll. His presence would be honored by reading to the group. This skill by itself was rare among His people. But Jesus was always unique, smart enough to go away to school. And now He is a Rabbi growing in fame. What an honor it was for His parents, Mary and Joseph.

“The Spirit of the Lord is upon me,” He begins. Reading the words of one of Israel’s most revered prophets, Isaiah, is an appropriate choice. And indeed, not that long ago, the Holy Spirit descended upon Jesus as He emerged from the baptismal waters of the Jordan River. This same Spirit protected and strengthened Him over the next forty days and nights while Jesus wandered through the wilderness.

Jesus continues, “God has chosen me to bring good news to the poor.” Of course, this makes perfect sense. Throughout history, God has set aside men and women to challenge oppressive systems on behalf of the poor.

“God has sent me to proclaim liberty to the captives and recovery of sight to the blind, to set free the oppressed,” He continues. This all makes sense. The reputation of Jesus as a prophet and teacher is well deserved.

Jesus finishes reading with the announcement made by Isaiah centuries before. “The time has come when the Lord will save his people.” Other translations may end with a phrase like “the year of the Lord’s favor,” but the idea is similar. God is about to do something huge.

Luke’s version of this story takes some liberties with the actual text from Isaiah. We don’t know if Jesus recited the text as He wanted it heard or if Luke made his own edits. Still, the story differs somewhat from the version of Isaiah that you and I might read. Nevertheless, there is at least a metaphorical connection with the divine instructions for a jubilee.

Jubilee is a concept of communal grace that mirrors divine grace. It recognizes that bad things happen, we make questionable decisions, and our circumstances deteriorate. So jubilee offers safe-guards to make sure that our downfall isn’t permanent. It includes debt-forgiveness and financial restoration, somewhat like an ancient form of unemployment assistance boosted by the CARES act or a reentry program after incarceration.

We don’t know the minds of those in attendance other than the brief observation offered by the storyteller. Luke writes that “They were all impressed with Him and marveled at the eloquent words that he spoke.”

Presumably, the honor of reading from the holy scrolls comes with the privilege of adding commentary. Not unlike a guest preacher who both reads from his bible and shares stories, embellishes, and connects the Word of God with everyday living.

Every preacher eventually experiences a sermon that goes downhill after a promising start. A message that isn’t well-received by the crowd. This happens a lot to preachers who dare to talk about issues of justice or politics.

Churches tend to be gatherings of like-minded people. While they may not all vote for the same candidate, they find enough common ground to spend an hour each week together. And they expect the preacher to cater to their expectations of God while challenging them to be more like the people they think God wants them to be.

The commonality centers on a particular view of the world. And this worldview is handed down from prior generations. While worldviews are refined by each generation, much of the built-in bias remains.

When the people in the synagogue heard this, they were filled with anger.
Luke 4:28

In the case of these hometown parishioners listening to Jesus two thousand years ago, they undoubtedly knew that they were descendants of Abraham, Issac, Jacob, and so on. People who were set apart by the God of creation and called the people of God. This made them a bit more unique in their eyes than the church down the street. And significantly more special than the church thousands of miles away who speak a different language and obviously worship another God.

Perhaps, in their mind, they never considered their view as presumptuous of divine favoritism. Instead, the hometown folks simply expected that God surely appreciates their efforts to carry out divine will. After all, didn’t they speak out in protest against laws that they believed were contrary to scripture?

And then the wheels start to wobble as Jesus takes them back to two familiar stories. One story involved assistance to a widow offered by God through the Prophet Elijah. The rub is that the widow in this story was a foreigner. She wasn’t one of them. They never considered this particular detail.

But Jesus used this story to illustrate that God didn’t send Elijah, one of Israel’s most famous prophets, to one of his own. Instead, God was intentional in sending Elijah outside the neighborhood and to another country.

The wheel-wobble intensifies with Jesus’ 2nd story about Naaman, an enemy military leader. This general owned a slave woman captured in one of his army’s attacks against the ancestors of the crowds holding on to every word. Naaman had a terrible skin disease. He followed the advice of his Israelite slave and was healed by Elisha — another prophet familiar to the folks in the pews.

Jesus turned the focus of these well-known stories away from God’s favor towards the hometown crowd. Instead, God frequently chooses to show favoritism to persons living outside the circle we draw around us. Often to people that disagree with us.

And with this emphasis, the wheels come completely off.

The story ends with the people turning on Jesus. Their attitudes quickly turned from admiration to contempt. Never mind that Jesus did not directly criticize them nor defend God’s decision to show divine favoritism to people with entirely different views.

But it was clear that Jesus wasn’t there to perform for or even impress the hometown crowd. Instead, his divine mission was spelled out in the text He shared. Good news for the poor, freedom from bondage and oppression, and the recovery of sight.

The list of strategic initiatives that Jesus listed did not include condemnation of persons who disagreed with Him or His role in salvation. Nor did Jesus list a particular community or nation as chosen over the rest. Instead, he simply spelled out that God so loved the world that God chose to live among people. God did this to save the world and not condemn it.

When Mary was pregnant with Jesus, she sang a familiar song handed down from ancient times. The lyrics speak to God’s track record of scattering the proud with all their plans, bringing down the powerful, lifting up the lowly, filling the hungry, and sending the rich away empty. Perhaps this song continued on repeat somewhere in the depths of Jesus’ head.

If God shows favoritism, it has little to do with our confidence that we know the mind of God. More likely, God looks for us to listen intently to each other’s hopes, dreams, and beliefs,. Listen not to correct and certainly not to condemn. Instead, listen to understand as much as speaking to be understood.

May it be so. May you and I recognize that God favors the weaker, the less able, and the underdog over the certain, the confident, and the privileged. And may we accept God’s will in the same way that a child hears his mother’s lullaby.

Our series this month is called Holy Envy and this is episode two. Join us each Sunday as we navigate life’s challenges using the Word of God as our guidepost. And recognizing that none of us have a monopoly on knowing the mind of God. So we’re better when we work together.

This month we look for God in the faith of others. In doing so, we expect to experience holy envy from time to time. We anticipate once in a while wondering whether the water might be a bit sweeter coming out of our neighbor’s well. Plan to join us.

1 Much of the content of this series is based on Barbara BrownTaylor’s book: Barbara Brown Taylor. Holy Envy: Finding God in the Faith of Others. Harper One, 2019.