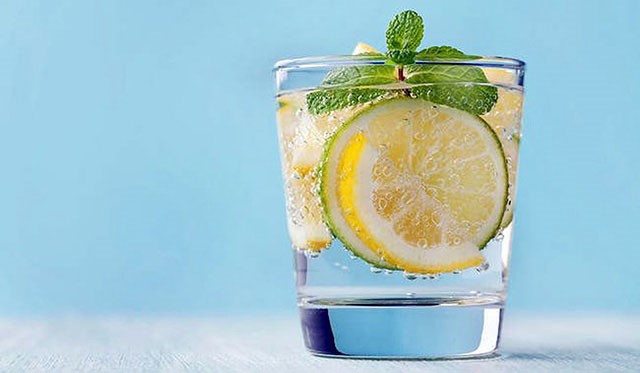 I might as well get this out at the beginning since it’s bound to come up at some point. I’m a hypocrite. I try hard not to be a hypocrite, but the truth is that I fail to do what I claim I want to do. Sometimes my actions don’t reconcile with my beliefs.

I bought a used red truck a couple of years ago from an individual who claimed that it belonged to his dad. I say “claimed” to suggest that I’m not convinced that what he said is a complete truth. Our relationship didn’t start that way.

It is my nature in business transactions to prefer dealing with individuals and organizations I trust. I don’t know a lot about trucks, except that some owners take good care of their vehicles and other owners, not so much. My rule of thumb generally is that if I don’t trust the seller, I’m more likely to walk away regardless of my opinion of the truck.

Trust is highly subjective. For me, you don’t really earn my trust as much as you choose to break it. I prefer trusting people and do so when I really shouldn’t. I suppose that rebuilding trust takes more time for folks like me.

That day that I looked at the red truck, I struck up a conversation with the seller. I explained that we needed a truck for our community. He also asked questions. And then he offered a commentary, telling me that he couldn’t imagine how any pastor could vote for a candidate running as a democrat. When I asked why he felt this way, he responded, “Democrats are baby killers.”

I assured him that I knew a lot of people who vote for Democrats, and none of them kill babies. This man self-identifies as a Christian. This bothers me. I don’t want someone to think that I agree with this man because I also self-identify as a Christian. I feel the same way about our president and a lot of his supporters. If they are Christians, then I must be something else.

The moral high ground is a space that we hope to occupy when we use arguments based on what we claim are universally accepted ideals for justice. Perhaps most of us associate these ideals with God’s will for humanity. This is the way I prefer to interpret the moral high ground when I hang out there. 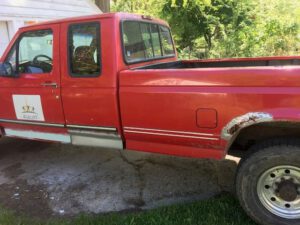 We claim the moral high ground when we argue that the politics we support, are supported by our religious beliefs. And hypocrisy is claiming a particular belief but acting differently.

I purchased the red truck despite the person’s misguided comments about people who vote for certain candidates. Several of the man’s claims about the red truck turned out to be lies. Apparently, his religious beliefs don’t include truth in business dealings. More likely, this man suffers from a shared human condition that we call hypocrisy.

Hypocrisy is very much a part of the human condition. We say we believe a certain way and don’t support what we say with our actions. For some, our problem is that we really don’t understand what we say, or we lie about our beliefs. But most of us simply fail to act in ways that come out of our beliefs. Hypocrisy is not okay. We all should strive to do better.

More critical, hypocrisy is dangerous when leaders act in ways that are contrary to their stated beliefs. Hypocritical laws are also dangerous. Interpreting the intent of laws is the responsibility of our legal system. And we count on law enforcement to act in ways that represent the intent and letter of our laws.

The Preamble of the U.S. Constitution begins with five objectives. These objectives help clarify the intentions behind our laws. The first of these five objectives is justice. But how is justice determined? Many argue that justice is served when our actions are consistent with the law. Of course, this argument presumes that the laws are just and that the enforcement of the law is just. This is a dangerous assumption that clearly isn’t the case today.

It’s clear that the majority of us realize that the objective of justice inferred by our Constitution is elusive. Something is wrong with our laws and our systems. The moral high ground, in this case, doesn’t really matter so much as the reality that people with darker skin are dying in confrontations with law enforcement. The deafening cry is to stop the killing.

Any attempt at occupying the moral high ground that defends unjust actions is hypocritical. And frankly, insulting, when said by a person self-identifying as a person who follows the teachings of Jesus. It’s no wonder that the vast majority of youth and younger adults believe that most Christians are hypocrites. We earned this judgment by straining flies and eating camels.

Jesus was speaking to the crowds one day about the importance of our actions representing what we say we believe. He encouraged the crowd to be law-abiding. But He emphasized understanding the intentions behind the law as critical. And actions speak louder than words.

Calling out the hypocrisy of the leaders of His day, Jesus said, “You strain a fly out of your drink, but swallow a camel!” Who wants flies in their lemonade? No one, of course. Were the leaders really swallowing whole camels?

You strain a fly out of your drink, but swallow a camel!
Matthew 23:24

The laws that Jesus referred to allow people to eat certain foods and avoid others. Flies and camels were on the “do not eat” list. The leaders claimed adherence to the letter of the law in formality and words only. Just before His statement about flies and camels, Jesus captures the real problem. He accuses the leaders of claiming the moral high ground by pointing to minor legal points.

What if the intent of the law is just, but the implementation doesn’t work out to be just, at least for all of us? We are straining flies and eating camels. Jesus accused the leaders of neglecting the more important points of law, including justice, mercy, and honesty. The moral high ground claimed by the leaders was infested with flies, and no amount of straining would yield lemonade worth drinking.

Divine justice does not consider the color of our skin. God’s moral high ground does not place a higher value on human life based on economics, gender, or any other differentiation. Jesus consistently sided with victims of systems that treated persons differently and invited them to the front of the line. His actions included both corrective action and reparation.

Any claim to the moral high ground include justice, mercy, and honesty…

Wherever our new normal may take us, our actions speak louder than our words. And whenever we lay any claim to the moral high ground, our metrics must include justice, mercy, and honesty.

Our journey towards the moral high ground begins with honesty. Once we admit our own hypocrisy, we are more likely to see where we fall short. And less likely to follow dishonest leaders and blindly follow laws without regard to justice.

For more information our series, Live, see the article, Coming up in worship on our website.