Fruit: the Lamb and the Lion 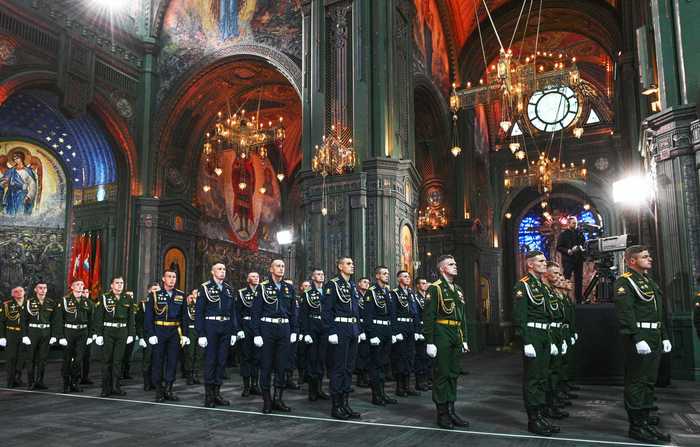 The separation of Church and state is just one of many battlegrounds that prompt public debate among legislators and persons who spend regular time in pews. For example, an opinion piece written by three professors at the University of Virginia School of Law claimed that churches benefiting from Payroll Protection funding violated this sacred separation. Their article, which appeared in the New York Times, was titled “The Quiet Demise of the Separation of Church and State.”

The words found in the First Amendment to our Constitution states that the country shall have no official religion. But there is more to this debate because the language is vaguely precise:

Congress shall make no law respecting an establishment of religion, or prohibiting the free exercise thereof; or abridging the freedom of speech, or of the press, or the right of the people peaceably to assemble, and to petition the Government for a redress of grievances.

Legal interpretation by judges is required to apply generalities to specific instances. As a result, the Federal Supreme Court makes judgments that include detailed statements reflecting their collective wisdom in many situations. Of course, most of this wisdom is left in the footnotes when it comes to public debate. Nevertheless, the opinion piece argued that “Constitutional interpretations forged during times of crisis tend to persist after the danger has eased.”

Thousands of churches saw little or no conflict with this form of connection with government and accepted financial assistance without hesitation. On the other hand, the reaction of church leaders and their constituents to governmental restrictions as measures to stop the spread of COVID brought the delicate issue of Church and state to the forefront.

Church leaders around the globe took a stance that the Government should not have the power to cancel worship, even in response to a pandemic. Numerous religious leaders in the U.S. found themselves on both sides of the separation argument. Benefiting from salary support using public funds while pushing back on any efforts on the part of the Government to restrict in-person gatherings.

For example, according to a Reuter article, the Church led by the former president’s spiritual advisor, Paula White, was approved for a loan of $150,000-$350,000. And the payout to the City of Destiny Inc., where White is a pastor, paled in comparison to Lakewood Church, Joel Osteen’s megachurch, which reportedly pocketed $4.4 Million in payouts.

The Virginia lawyers are quoted in numerous other articles. After all, they saw the debate coming. In their opinion article, they argued that “The entanglement of church and state will bring predictable conflicts: efforts by religious groups to control government and by the government to control religious groups.”

Fortunately, most clergies followed the advice of healthcare professionals and found ways to worship without the usual in-person gathering.

The Church struggled with connections to Government throughout history, and the complications exist across the spectrum of religious worldviews. The Christian Church suffered persecution as a perceived threat to Roman authority for over 300 years until the Edict of Milan made Christianity a legal religion throughout the Roman Empire in 313.

As Christianity spread across Europe and Asia, church leaders and their congregations faced varying degrees of persecution and government sponsorship. For example, according to an article in the current issue of Christianity Today, churches in Russia celebrated their 1,000th anniversary. Their celebration was particularly joyous given the relatively recent history of persecution against the Church in Russia.

According to Britannica, Christianity was made the official state religion in Russia in 988. And in 1270, the Church was given tax-exempt status. However, the Church of Russia created a rift with the head of the Russian Government in the 18th century. The arguments began with a power struggle to require that the Church have supreme power over all civic affairs.

Over the years that followed the government tightened control over church leadership in Russia, but otherwise allowed peaceful coexistence until a new form of authoritarian government emerged in 1917. Justified by separation of Church and state, church properties were seized, and thousands of clergy were arrested. However, peace was restored in 1927 when church leaders agreed to refrain from criticizing government policies and instead support nationalism as a Christian virtue.

The Church in Russia rebounded again in 1943. Although clergy were occasionally arrested, the number of churches increased significantly. Unfortunately, this period of peace was short-lived, and persecution began anew until eliminated under Mikhail Gorbachev.

After the dissolution of the Soviet Union in 1991, the churches again flourished. But it wasn’t until 2019 that the Church of Ukraine was formally recognized as independent of the Church in Russia.

There continue to be close ties between church leadership in Russia and Vladimir Putin, according to a New York Times article published in 2020. For example, an impressive cathedral dedicated to Russia’s armed forces opened its doors for the first time on the Day of Remembrance and Sorrow. However, the grand opening was originally scheduled to take place on the 75th anniversary of the Red Army’s victory over Nazi Germany and feature a military parade.

Moreover, the original plans called for mosaics of Mr. Putin, his defense minister, and other state figures, including the Soviet wartime leader Stalin, to adorn the interior. The idea was to symbolize the intimate relations between Putin’s regime and the Church. But this idea was eventually scrapped.

The original Church emerged at a time as a counter to religious leaders openly pledged allegiance to governmental leaders in exchange for access and security. Brian Zahnd reminds us of the power of otherwise overlooked phrases when he draws our attention to Caiaphas, the Chief Priest when Jesus was arrested. “We have no king but Caesar,” Caiaphas told Pontius Pilate, as he argued that Jesus was guilty of claiming power that belongs only to the supreme leader of Rome.

Zahnd comments that Caiaphas wanted “an invitation to the imperial palace, a trip to the White House, an Oval Office photo-op.” But unfortunately, access to power often requires allegiance to governmental leaders over faithfulness to God.

On my better days, I think of Caiaphas as doing the best he could, given the circumstances. Unfortunately, his words and actions reflected trust in the power to harm and the need to compete for victory. He chose to utilize the gifts and talents provided to him by God to exert control over his enemy, whom he wrongfully saw as Jesus.

Perhaps the outcome would be different had Caiaphas not missed Pilate’s earlier conversation. In their discussion, Pilate asked Jesus if it were true that Jesus claimed to be a King. Jesus responded that if He were an earthly king His followers would fight for His release. Instead, Jesus reigns over an emerging kingdom of peace.

Some trust in war chariots and others in horses, but we trust in the power of the Lord our God.
Psalm 20:7

But we all miss most conversations that shed light on the complexities of life. So it’s not about what we know but who we know. If we know and recognize Jesus as Lord, the rest of the complexities work themselves out whether or not we’re in the know.

Pastor Brian makes a telling observation noting that “Christian is a great noun But a lousy adjective.” To be a faithful follower of Jesus Christ means that we’re doing things the way that Jesus teaches us. We utilize our God-given gifts and talents, together with the resources God trusted in our care to live the Way of God’s kingdom.

Following the Way is difficult in a country with vast resources, a strong national pride, and a propensity to utilize intimidation to get our way. And too many of our leaders are accustomed to getting ahead of their competition at all costs. Many are willing to compromise any sense of divine ethic in their quest for power. Nevertheless, scripture teaches us that God’s justice always prevails.

Psalm 20 addresses this dilemma directly by reminding us that while some trust in tanks and missiles, the faithful trust in the power of God. Those who depend on their own ability to dominate their enemies will stumble and fall, says the Psalmist, while the faithful will rise and stand firm (Psalm 20:7-8).