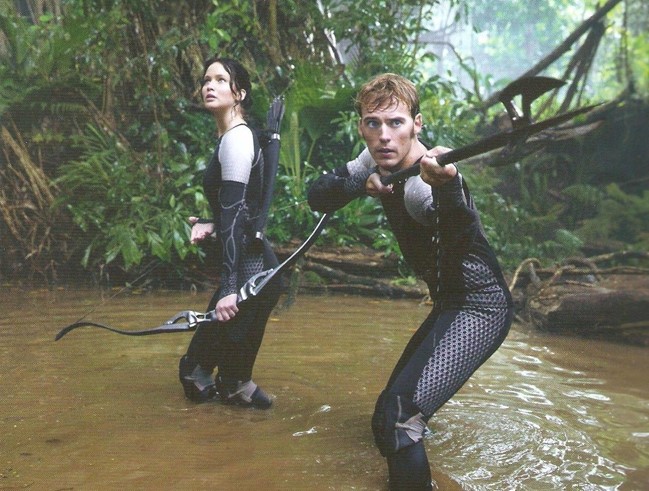 Catching Fire is the 2nd novel of The Hunger Games, a trilogy series written by Suzanne Collins. The setting is a dystopia called Panem, located in North American. Panem consists of a wealthy Capitol and 13 districts in varying states of poverty.2

Each year, children are selected by lottery from the districts for a reality program based on a deathmatch. The winner’s district received survival resources, but the primary goal behind the reality show was entertainment. In the first novel, a primary character named Katniss volunteers to take her sister’s place in the reality show. Katniss and her family are from the poorest of the Districts.

In Catching Fire, Katniss, in alliance with another contestant named Peeta, refuse to conclude the show by fighting each other. The producers decide to capitalize on the couple’s popularity, and Katniss emerges as a thought leader. She becomes a galvanizing symbol of rebellion against oppression which begins a chain reaction inspiring rebellion in the districts.

The Hunger Games was most popular among persons born after 1996. Now known as Generation-Z, this up-and-coming generation is more racially and ethnically diverse than any previous generation. Non-whites make up approximately 48% of this generation. And Gen-Z’ers are likely to be the most well-educated generation in history.3

Generation Z’ers are all familiar with what it means to “google” for information. Google is the company name that launched the most popular internet search engine in use today. And this series is based in large part on a book written by a member of Generation-Z, J. J. Warren.1 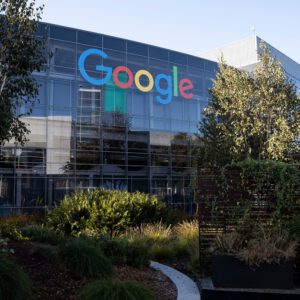 My point is that vocabulary changes over time. New words come into widespread usage. Today we google to find information, and Gen Z’ers aren’t familiar with Encyclopedia Britannica. The domain, Google.com, was registered in 1997. The word “google” didn’t exist before then and thus unfamiliar.4

One version of the story about Google’s origin involves a spelling error and a seldom utilized mathematical term, googolplex. Initially, developers Larry Page and Sergey Brin called their new search engine BackRub. When they realized they needed a cooler name, googolplex came to mind since it represents a huge number.

I begin this week’s article with this background as a way of easing into the subject of biblical translation. Or dare I say mistranslation. My dad called this “taking the long way around the barn.” The origin of words in widespread usage plays a significant role in what we believe the Bible says. Can you imagine Jesus saying to Peter, “Why don’t you google disciple and tell the others what it means?”

Tradition, what we’re told when we are young, is perhaps the most powerful force at work when it comes to translation. “We’ve always done it this way” implicitly includes we’ve always believed this about that. Which is a lie. Tradition changes, often in subtle ways, with each generation.

Interpretations and translation evolve over time. Biblical interpreters use tradition, experience, a particular translation bias of the actual text, and reasoning to arrive at a specific presentation of the text. And in the spirit of clarity, some translations are rewritten using widely used language that retells the stories based on a particular understanding. Interpretations change and sometimes move further away from the truth.

Biblical translation is tricky. Most biblical interpreters try to address some of the complexity by breaking down the factors that affect how we read scripture. Which invites each generation to read scripture with fresh eyes and open minds. Otherwise, we’re prone to simply believing what we’re told. Even though generations before us chose new interpretations based on their particular cultural bias and what they knew at the time.

Nevertheless, we each come to scripture with a frame of reference. We come with past beliefs that, more often than not, results in our reading scripture as an affirmation of our existing beliefs. This is fascinating when we consider that one of the primary themes of scripture is changing one’s mind about God.

What might happen if we read scripture with the idea of learning something we didn’t know before? What if we approached the Bible assuming that some of our beliefs may not be true?

THE BIBLE IS DIVINE TRUTH. I want to be clear on this point.

The main point of this week’s episode is that human interpretation is often mistaken for divine truth. A couple of examples should prove helpful at this point. But let’s start with a way to test our interpretations.

“God is love” is a prevailing theme in scripture. Perhaps we might make fewer interpretative mistakes if we run every interpretation we claim from scripture against this notion. Mistakes that cost thousands of lives. Love your neighbor as you love yourself is a part of this love theme found in scripture. The golden rule should be the gold standard that we use in evaluating our understanding of scripture.

Often we use real gold, let’s call it economics, as our gold standard. Whatever is good for me personally becomes our gold standard for interpreting scripture. Knowing this, when scripture is challenged by individuals speaking on behalf of oppressed groups, we claim that their interpretation is self-serving. Perhaps it is self-serving, but freeing the oppressed is undoubtedly consistent with scriptural mandates.

Given this background, consider how you answer the question, “What was the offense of the people living in the cities of Sodom and Gomorrah that angered God?” The most common response to this question is the offense of sodomy. However, keep in mind that the word “sodomy” was created sometime around the year 1049, according to J. J. Warren. Although there are various pathways in the etymology of “sodomy,” it’s clear that this word was made up centuries after the Bible was compiled.

Fortunately, the sin of Sodom is summarized in the Book of Ezekiel. The prophet Ezekiel compares Jerusalem to Sodom in explaining God’s anger with the people living there. The Good News Translation states that “they did not take care of the poor and the underprivileged.” The prophet also called the people of Sodom “proud and stubborn” (Ezekiel 16:49-50).

Lot and his family were spared when Sodom was destroyed. Unlike the rest of the village, Lot acted hospitably. Notice that if we focus on interpreting this story through the lens of homophobia, we miss a critical lesson that should inform how we choose to treat immigrants and other strangers.

Paul, a follower of Jesus Christ, in a letter to the church in Corinth, writes that “While knowledge makes us feel important, it is love that strengthens the church.” Paul continues by saying, “Anyone who claims to know all the answers doesn’t really know very much” (1 Corinthians 8:1).

Anyone who claims to know all the answers doesn’t really know very much.
1 Corinthians  8:1

If you take nothing else away from this week’s episode, my prayer is that you consider interpreting scripture from this vantage point. As a preacher, it is my job to speak in convincing sentences with the confidence of someone speaking on behalf of God. This is a vulnerable place to be since I also make mistakes in interpretations. We all need to own our mistakes and learn from them.

What if this is all part of God’s plan? What if we need each other to come to conversations with an open mind and open heart, ready to change our minds?

God promised to provide an advocate and guide to help us. We call this advocate the Holy Spirit. Scripture uses a Greek word, pneuma, meaning breath. In classic philosophy, this word referred to an inner creative spirit. Poetically, we say that God breathes the Holy Spirit into each of us, willing to accept this gift, which is the breath of life.

May God’s Spirit fill you with wonderment about God’s plan for your own life and how you uniquely fit into God’s plan for the universe. Come out as the person that you believe God created you to be and trust that God’s Spirit will be your guide and advocate.

Welcome to episode one of our 2-part series, Coming out. In this series, we focus on claiming our true identity while reclaiming a perception of God based on the truth of scripture. We learn that God sides with the oppressed, marginalized, and rejected.

3 Kim Parker and Ruth Igielnik. “On the Cusp of Adulthood and Facing an Uncertain Future” © Pew Research Center, May 14, 2020.