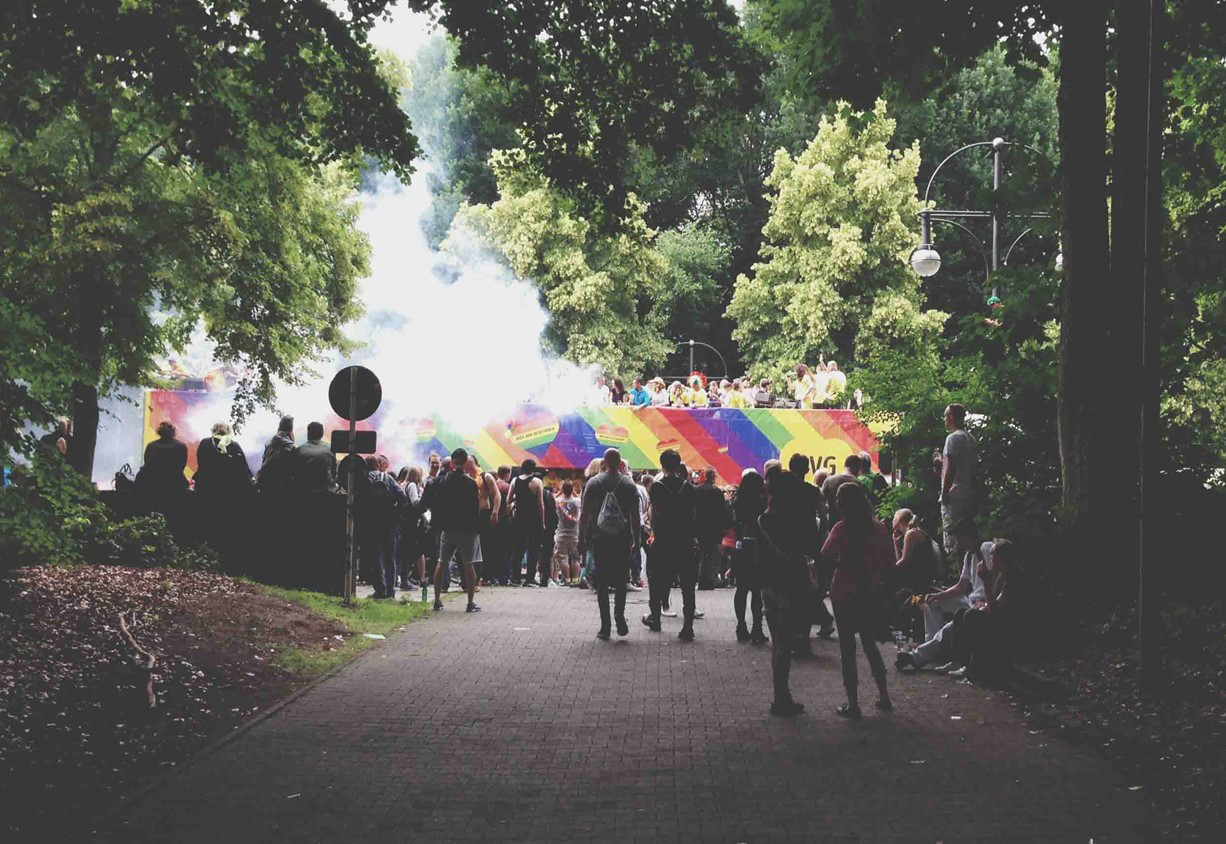 Each year on the Sunday before Easter, we celebrate the time that Jesus rode into Jerusalem on a donkey. It’s a rather strange custom from a distance. At Asbury, along with other churches, we place orders for loads of palm branches that we use for decorations and hand out to everyone who shows up.

We call the week that follows Palm Sunday, Holy Week, and Thursday of that week is called Holy Thursday. This year we’re joining other Flint churches at Hope Church for what can feel like a form of vigil. We recall the evening that Jesus had supper with His closest friends, sometimes ending the service by removing the items that adorn the altar. A show of solidarity with Jesus, who was arrested later that evening and afterward stripped and beaten.

The next day is called Good Friday. Another odd reason to gather as we remember the day that Jesus was executed. The Gospel of John equates this event with the customary killing of the sacrificial lamb for the Jewish Festival of Passover.

But let’s not get ahead of ourselves and focus our attention this week on the week before.

Jesus had a reputation for drawing crowds. By the time He arrived in Jerusalem, Jesus had a following of people as large and diverse as any rock star has gathered since. However, He wasn’t after the glitz and glitter ordinarily associated with famous public figures.

Instead, Jesus sends a couple of friends ahead to reserve a donkey for him to ride. The perfect combination of humility and sarcasm. A statement against money, power, prestige, greed, and retaliation. A donkey symbolized God’s love and preference for the humble. And a donkey also fulfilled an ancient prophecy about a future king like none other.

The people cheered His arrival, and churchgoers today wave palm branches in memory. The commotion drew the attention of the self-proclaimed peacekeepers. The community leaders who cooperated with the occupying force of the Roman Empire kept the peace in exchange for their own benefit and well-being.

“You better tell the crowds to keep it down!” they warned Jesus. “I can,” Jesus responded, “But then the stones will shout!” (Luke 19:39-40). His divinely appointed place in history couldn’t be kept a secret even if He wanted it.

Again, let’s not get ahead of ourselves. We need to take a look at what happened a day earlier.

But first, a little about a strange and familiar subject.

Social psychologist Elliot Aronson is a Professor Emeritus at the University of California. In 2007 he co-authored a book, Mistakes Were Made (But Not by Me). According to the book, our brains are hardwired to make us think we are doing the right thing, even in the face of sometimes overwhelming evidence to the contrary.

We often call this self-justification. The problem stems from our inability to see the contrarian evidence. Instead, we interpret events and information through tunnel vision.

The authors share a story about a young social psychologist named Leon Festinger in their book. Festinger and two associates joined a group of people who believed the world would end on a specific date in December 1954. The group’s leader prophesied that all who remained faithful would get picked up by a flying saucer and taken to safety.

The goal of this band of researches was simple. To observe what happens next when nothing happens?

The group leader they joined had organized a strong following of faithful believers. Many sold their homes and emptied their bank accounts. Some stayed in their homes, wondering if life for them was ending as their leader predicted. What happened next to many, if not most, of the believers offered further evidence of a human condition that Professor Festinger observed earlier in his career and named cognitive dissonance.

The idea is mysteriously complex. Cognitive dissonance occurs when we attempt to hold two competing thoughts in mind simultaneously. A tension is created that insists on resolution. “If we are right,” the insider reasons, “the world would no longer be. But the world continues, so are we wrong in our belief, or is there another explanation that justifies what we want to be true?” Which is it? Both can’t be true at the same time.

Salvation has come to this house today…The Son of Man came to seek and to save the lost.
Luke 19:9-10

‘It’s obvious,” the insiders reasoned, “our faithfulness was rewarded with an extension. The world was saved by our faithful devotion.” So instead of disbanding, the insiders became more aggressive in recruiting others to believe what they chose to believe.

In the same way, the peacekeepers justified cooperating with Roman authorities despite overwhelming evidence that God was intervening in world history. Despite the tradition that featured stories and prophecies of the events unfolding before them, they held onto their convenient justification.

But let’s consider what happened a day earlier.

While Jesus and his followers were on their way to Jerusalem, we find another story that illustrates our struggle to hold competing ideas in tension.

Jesus was passing through the village of Jericho, and word went out ahead of him. Crowds gathered alongside the road awaiting his arrival. According to Luke, there was a man named Zacchaeus who was also anxious to catch a glimpse of Jesus.

One complicating factor for Zacchaeus was that the community despised him for his role in collecting taxes for Rome. Zacchaeus was seen as a sell-out to Roman occupiers benefitting financially at the community’s expense. Even worse, he exploited the weaker and poorer for his own gain.

But Zacchaeus is curious. What’s he got to lose? After all, this teacher, preacher, and healer is a miracle worker. Many say He was sent by God to save the lost. Perhaps. But the crowds are a problem for Zacchaeus. He is a man accustomed to cheating people one at a time. So crowds are a risk for Zacchaeus.

Zacchaeus needed a way to distance himself from the crowds while getting close enough to see Jesus. That’s it! A tree offered a safe vantage point that kept him a safe distance from the public and from Jesus.

Luke doesn’t tell us if Zacchaeus was spotted by his neighbors. Perhaps he went completely unnoticed in all the commotion. But what we do know is that Jesus saw him. And when He did, Jesus stopped, looked up at Zacchaeus, and invited Himself to supper.

The onlookers were stunned. How can this be? How can Jesus be holy and hang out with a person with such a reputation? Surely, both cannot be true at the same time? The tension of cognitive dissonance hung in the air like a bad joke during an otherwise brilliant performance.

The Rev. Dr. Martin Luther King Jr., in a sermon titled “Loving your enemies,” offered this paradoxical divine insight: “Returning hate for hate multiplies hate, adding deeper darkness to a night already devoid of stars. Darkness cannot drive out darkness; only light can do that. Hate cannot drive out hate; only love can do that.”

Jesus frequently spoke about a kingdom where the lowly are lifted up and the powerful set-aside. A realm where the broken are healed and the self-justified are silenced. Jesus sees us and invites us to supper with him. He sees past our brokenness, and he sees through whatever camouflage we hope will conceal our unworthiness.

Meals are a common medium for friends to come together. And Jesus used meals as an invitation and an illustration of inclusive hospitality.

Feeding people is holy and it’s important to remember that feeding Flint is not a problem of enough. It’s a problem of available healthy options and equitable access. To learn how you can help address food insecurity in our community go to FeedFlint.org.

I invite you to join us for worship during this season of Lent as we consider the ways that scripture addresses the subject of food. In addition, we’ll continue to celebrate Black History with celebrity guest interviews. We gather in the Asbury Arts Center in person and online on YouTube and Facebook. Video replays are available to watch later.

2 Carol Tavris and Elliot Aronson. Mistakes Were Made (But Not by Me). Harcourt, 2007.