(hand)picked: Giving in to God’s plan 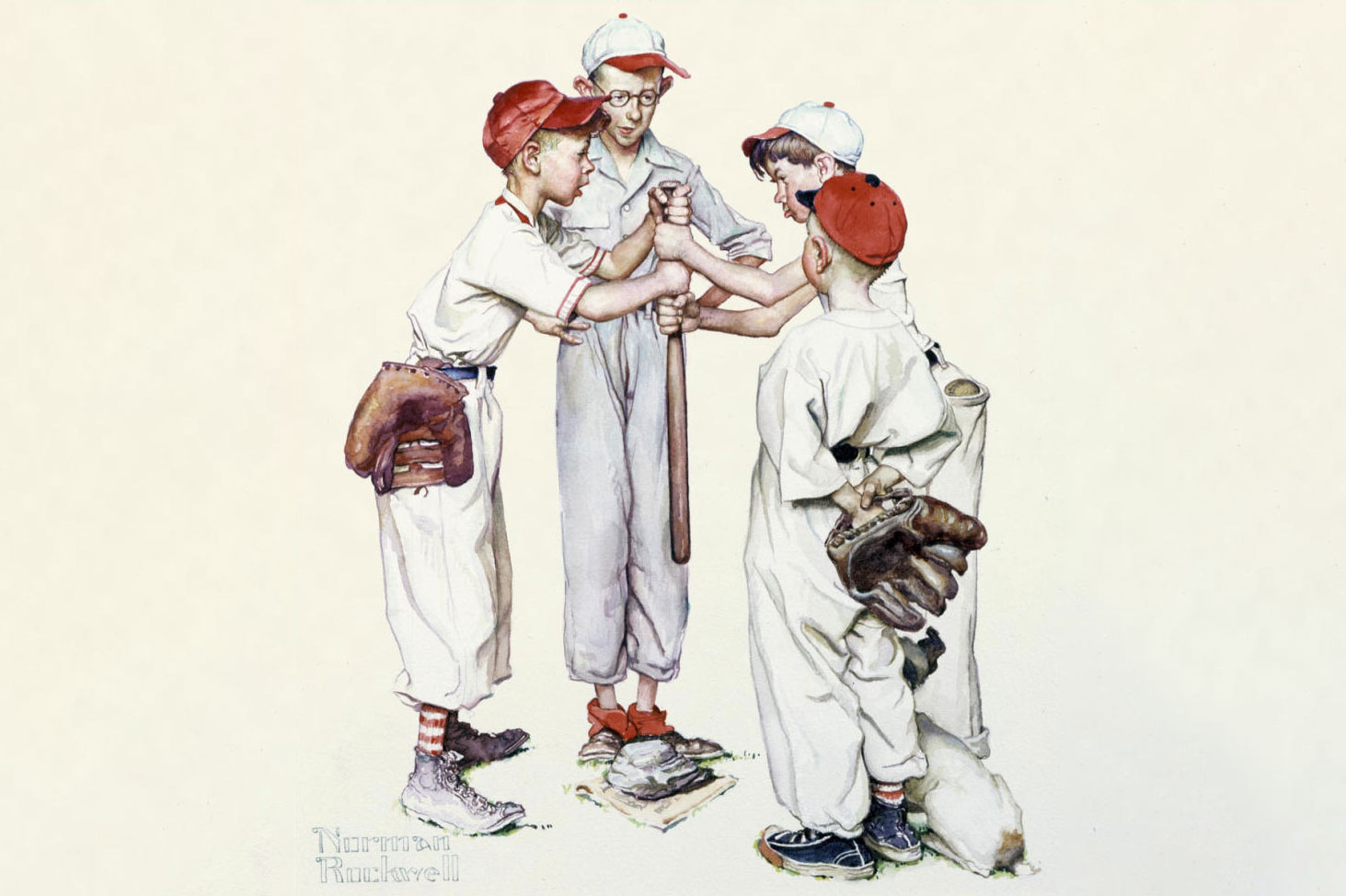 I suspect that most of us have a story or two about a time when we weren’t picked to be part of a group that we really wanted to join. For a lot of us we didn’t get picked to be on a team, or we got picked last when it came to picking sides. For others, we didn’t get a part in a play. Perhaps for you it was a club. Rejection is among the worse fates imaginable.

And there are a few situations where not being picked is preferable. I’ll never forget the relief I felt when my number didn’t come up for the draft. The need for more soldiers to send to the war in Vietnam was greatly reduced just in time for me to finish college rather than leave for basic training. My older brother was drafted and served a few years before I was old enough for the draft.

Life is full of choices. Whether to go to college or look for a job that doesn’t require a post-high school education; getting married and who to marry; whether to have children and how to raise them when and if we do have children; what to prepare for supper; which movie to see. The list is endless. It can be difficult, at times, to remember that having choices is a blessing.

A lot of us turn to God when it comes to our more difficult choices. The hurdle for whether we look for God’s input on a decision varies. Some of us figure God is too busy except for the most life-changing decisions. Others go to God before they head out of the house each day. Most of us grow impatient when we aren’t sure if God plans to offer a divine perspective on a particular matter of importance to us.

Where do you fit? What decisions are you hoping God will help you make?

The heaviness of any particular decision is influenced most by the consequences of the decision. Whenever I’m having difficulty deciding what to have for supper I try to remember that I eat meals everyday. But decisions like whether to move to another state have considerably higher stakes. My children live in Michigan because this is where they grew up. Michigan is home for them. Yet, I chose to move to Michigan as a young adult. My choice had consequences spanning generations.

Our series for January focuses on the stories of the prophet Jeremiah. He lived during a time of economic, political, and religious instability. During his lifetime, the country where Jeremiah lived was invaded by a world power and most of the people taken into exile. It’s no wonder that Jeremiah was known as the “weeping” prophet.

During this series we learn from Jeremiah by examining several themes that characterize the stories of his time. Our first episode of this month’s series deals with life-changing, big consequential decisions that we hope God will weigh in on. Jeremiah, decided to let God choose his career for him. And at times, he regretted his decision, got angry with God, and threatened to quit.

Jeremiah’s story begins with his first encounter with God on the subject of his career. Jeremiah was young — likely a teenager when God asked him to take on a high-risk assignment. Jeremiah would face criticism, rejection, death-threats, and risk dying in prison or worse. This is not the sort of job that most of us aspire to when we plan our careers.

First, you may find it helpful to know that God doesn’t speak to us in an audible voice very often. At times, I wonder whether this ever really happens at all. I know that when I say “God spoke to me” I’m not referring to a voice coming out of the clouds, or a burning bush, or that I heard an audible voice at all. But when I realize that God is speaking I’m overwhelmed with emotion and awestruck.

Jeremiah’s assignment was to tell the people in his community that God’s patience had run out. The economic, political, and religious instability that prevailed were consequences of ignoring God’s expectations.

And if they were too thick-headed to stop, bad things were going to happen. It’s frightening to compare what is going on in our country with the situation of Jeremiah’s time. The parallels are close enough that we can learn a great deal from their mistakes.

I need to take a few sentences to talk about free-will. I chose to use language that suggests choice for a reason. We do have a choice whether we accept God’s input, considering it to be advice, or we recognize that while God’s input is “technically” advice, ignoring God comes with dire consequences.

God said to Jeremiah, “I chose you before I gave you life, and before you were born I selected you.” And Jeremiah responded, “Well, when You put it that way, of course I’ll do what You ask.” Of course not! Jeremiah was a teenager. He had his own idea of what he wanted to do. God was intervening into his well planned life. Jeremiah, using logic to prove his point, replied, “I don’t know how to speak; I am too young.”

I chose you before I gave you life, and before you were born I selected you.
Jeremiah 1:5

Jeremiah, like so many since him, was blessed to learn quickly that each of us have a choice. We can do things our way, and accept the consequences of a less satisfying life; or we can surrender our will to God’s plan. The plan that came with our “user manual.” And this choice lets us live knowing that whatever life gives us, we are much better off than had we chose to ignore God.

By the way, God knows our ready-made excuses before they leave our lips. As Jeremiah pondered his next response, God touched Jeremiah’s lips and said this, “Listen, I am giving you the words you must speak.”

The reason that God’s plans for our lives suit us so well is that God blesses us with all that we need to do what we’re asked to do. Sometimes these are abilities that come natural to us. Other times, God intervenes when we are confronted with resistance from persons who chose their own path. Melissa Spoelstra, in her book, Jeremiah: Daring to Hope in an Unstable World, writes that making a decision to seek and follow God’s plan for us is “not a ‘one-time’ salvation experience.” Rather, each day we are faced with decisions that can derail our faithfulness to God’s plan. 1

Our nation is ideologically divided. The extremists on both sides insist that we choose sides and fight against the others who chose the other side of any particular argument. God takes sides also. Just as God did when Babylon attacked Jeremiah’s country. God took the side of allowing Jeremiah’s community to suffer the consequences of their choices.

Scripture isn’t silent on the political, economic, and religious issues of our time. And many of the arguments that we hear come out of individuals reading what they want to read because it confirms what they choose to believe. This doesn’t make it God’s will or God’s choice. It’s their choice, but it’s God’s truck. And Jeremiah’s job was to warn them that they were about to get run over.