Justice for all: Church in the streets 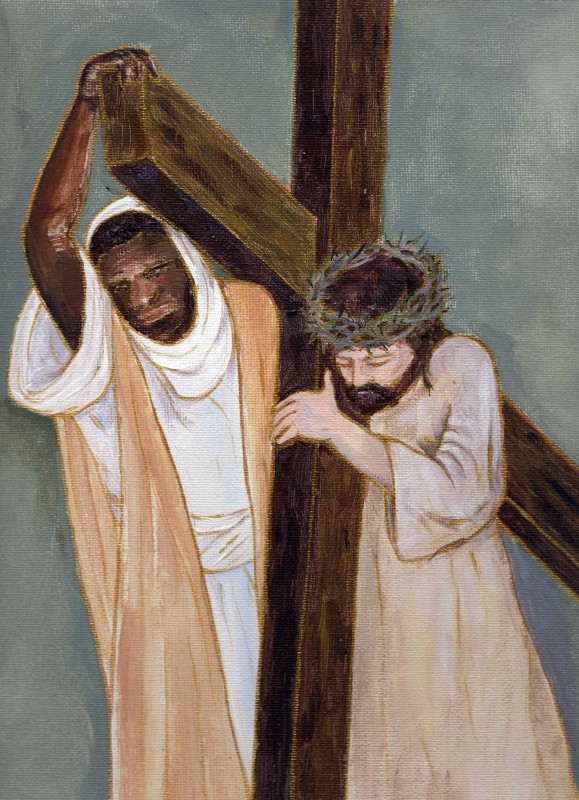 We are accustomed to hearing divisive language coming out of the mouths of politicians. Arguments that pit one group against another. Controlling a narrative that divides us into democrats and republicans, poor and well-off, working and jobless, and people of color and white. But the winds of change are blowing across this country. And it is past time to change the public discourse from hate-filled lies to the language of justice.

“They are tearing down the statues of our country’s founders.” The voice of an incompetent president resonated with the imaginations of uninformed supporters. Their fears fueled by language that reverberated like the sound of a kettle drum marking time. Igniting a fear brought into clear focus. Fear of retribution by the victims of injustice.

“I wasn’t there when that happened,” is a familiar battle cry. A desperate plea is spoken out of desperation. Justification for a continuation of privilege based on the color of a person’s skin, the accent of a person’s dialect, or any other excuse for pitting one group against another. How can this happen here? How is this possible in a nation that claims to be united? United in a belief that all persons are born with rights given by a loving God? A declaration that convicts us of hypocrisy.

It wasn’t that long ago

It wasn’t that long ago that a mob shouted “Crucify Him,” egged on by speeches of hatred combined with incentives paid by wealthy supporters. The scene was in an occupied country. A Jewish prophet’s life hung in the balance. The sentence was death by hanging on a tree. It was a brutal way to die. But what is the harm of violence among God-loving folks?

It wasn’t that long ago that white Christians broke into the homes of black families searching for a brown body to crucify. It was a family affair. After church let out. Bring a picnic lunch and your Polaroid.

It was 1955. Emmett Louis Till, a 14-year-old adolescent, while leaving a grocery store, whistled at a woman, and said “Bye baby.” Four days later, Emmett was picked up at two in the morning. After which, he was beaten beyond recognition, shot in the head, and thrown in a river. The justification for his execution was offending a white woman.

This event shook the black community throughout the nation. In a sermon, the Reverend Dr. Martin Luther King, Jr. described his murder as “one of the most brutal and inhuman crimes in the twentieth century.” Bo’s murder inspired the black community to rise above centuries of paralyzing fear. His death might have passed almost unnoticed by the rest of the country. Emmett’s mother insisted that his casket be opened for the world to see. Testimony to the brutality that we are capable of doing.

Sixty-five years later, the black community, accompanied by the largest number of white people to ever speak up at once, is still in the streets. A symphony of harmonized voices demanding that our nations find a way to live up to our original declaration. Freedom for all of us. Meanwhile, our president, bolstered by white, Christian clergy, egg on supporters towards acts of hatred and violence. 1955 wasn’t that long ago.

It wasn’t that long ago that God spoke out of agony from a lynching tree. “Forgive them,” He said before death came, and His body placed in a tomb. A stone sealed His story. At last, His executioners silenced Him. But they had to control the narrative. They had to lie to their supporters, threaten any remaining followers, and punish the activists if they bring it up.

But they took their worship to the streets. And Jesus was not dead but lived on. And God continued to speak, but too often to ears not listening, minds unopened, and eyes not seeing.

You will know that I am the Lord your God when I set you free from slavery
Exodus 6:7

It wasn’t that long ago that a man with the force of law behind him put his knee on the neck of a black man. “I can’t breath” was all the man could speak. It was all he needed to say. The cries of injustice reverberated across our land, echoing in the churches, empty from the pandemic. His lynching tree, his cross, was the ground.

The people transferred their membership to a church more aligned with what Jesus would do. They gathered in the streets and worshiped with signs stating divine truth. “Black lives matter.” A call for justice is a call for divine order and shouts to crucify aimed at a lack of justice and perpetrators of injustice.

This time the crowds call for Jesus to be freed, and the religious and political leaders be removed. A freed Jesus speaking love to the crowds and to His executioners.

If punishment is necessary to preserve peace, let’s begin with our leaders who spew their hatred over microphones and airwaves calling for making us great again. Let’s be honest. We were never great. We are racists and hypocrites. Greatness can only be in our future since it was never present in our past.

God promised to free the slaves from bondage, and God offered freedom from slavery as testimony. “You will know that I am the Lord Your God when I set you free.” Justice is a freedom call. An opportunity for the privilege of whiteness to be past history. And for all persons, oppressed and oppressor, to be free at last.

The lynching tree is any policy, that fills the plate of one person by denying justice to another…

“Father, forgive them,” cried the Son of God, as He pleads His closing defense for His executioner. This is love. This plea is the essence of empathy. An appeal that expresses a love that cannot be wiped out by hatred. This plea is a promise that freedom lies just on the other side of justice.