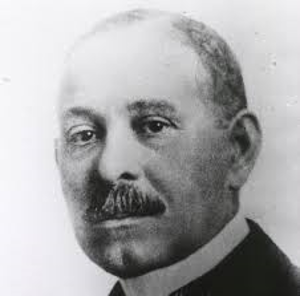 Our African American History Heroes for this week were both pioneers in the medical field. Dr. Daniel Williams, born January 18th, 1856, and Dr. Charles Drew, born June 3rd, 1904. Dr. Williams was a general surgeon and Dr. Drew was a hematologist surgeon

​In 1893 Dr. Daniel Williams became the first documented man of color to successfully perform a heart surgery to repair a knife wound. James Cornish was stabbed directly through the left fifth costal cartilage, Dr. Williams did the surgery without the benefit of antibiotics or blood transfusion. Cornish fully recovered from the wound and lived another twenty years! Dr. Williams founded Providence Hospital in Chicago. The first hospital in the U.S. to accept patients of all races. Dr. Williams died in Idlewild, Michigan. 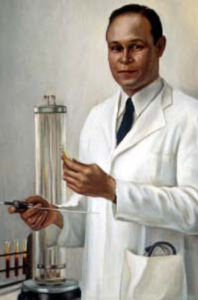 Dr. Charles Drew began studying blood as a student at McGill University in Montreal, Canada during the late 1920’s and early 1930’s. While an intern at Presbyterian Hospital and pursuing a doctorate at Colombia University, Dr. Drew discovered that unlike whole blood which begins to deteriorate after a few days in storage. Blood plasma the liquid portion of the blood without cells could be preserved for long periods of time and substituted for whole blood in transfusions.

In the late 1930’s Dr. Drew set up an experimental blood bank at Presbyterian Hospital and wrote a thesis titled “Banked Blood: A Study in Blood Preservation “, which earned him a Doctor of Science in Medicine from Colombia in 1940.

In 1939 World War II broke out in Europe and by 1940 the British were in desperate need of blood in order to save the lives of wounded soldiers and turned to the United States for help. The Blood Transfusion Association chose Dr. Drew as the medical supervisor of the Blood for Britain program.

In 1941 the American Red Cross asked Dr. Drew to establish a national blood bank program in the US. During that same year racism reared its ugly head, prompting the US War Department to declare that it was inadvisable to collect and mix Caucasian and Negro blood indiscriminately, for later administration to members of the military forces. Dr. Drew protested the”segregation” of blood and resigned his position as director of the Red Cross Blood Bank program. Not until 1949 did the US military stop the segregation of banked blood.

Dr. Charles Drew died in an automobile accident in 1950.