Medicine: The balm of forgiveness1 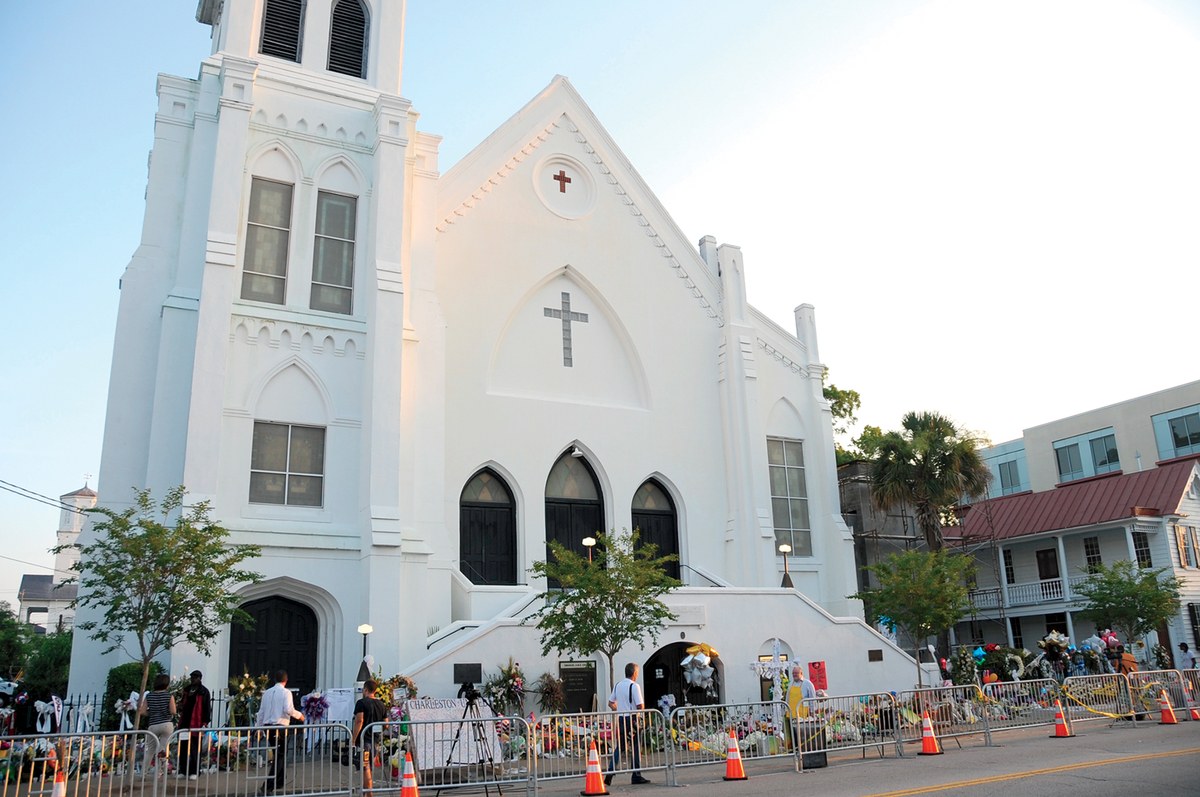 Welcome to Episode five of our trilogy, Bridges, where we continue to address the often difficult subject of racial reconciliation.

June 17, 2015, was an ordinary day in Charleston, South Carolina. It was Wednesday, and a weekly meeting of a prayer group was underway at Emanuel African Methodist Episcopal Church. And like every other Wednesday, Sr. Pastor Clementa Pinckney participated in this weekly event. It was the evening after a hot summer day with temperatures in the high 90’s.

But this day was different than most other weeks. This week a young white adult man introduced himself as Dylann came through the door to join them. Dylann was welcomed by the others. They were excited that he chose to join them. Pastor Pinckney pulled out a chair for Dylann. But as the group bowed their heads and closed their eyes in prayer, Dylann took a handgun out of his fanny-pack and started shooting, killing nine of them.

He used a Glock handgun he purchased with money his father gave him as a 21st birthday gift. Dylann had no problem buying a handgun despite a prior conviction that should have prevented him from purchasing firearms.

Dylann Roof would later say that he had no regret. He needed to kill them because black people were “raping our women and taking over our country.” Which isn’t true. But outrageous lies are more commonplace than ever before, it seems. Conspiracy theories are circulated using other lies as evidence and repeated by news reporters and politicians when they support their policy positions.

How did we get to this point? How did our nation evolve to such division that a young person, with no personal experience to collaborate what he thought to be true, take such extreme measures? It’s complicated. And yet it’s not. 2

Journalist Rachel Kaadzi Ghansah was in the courtroom the day that Dylann’s mother fainted. She and a reporter from ABC News called for help. While Rachel cared for Amelia Roof, she suddenly felt the irony of the moment. Rachel realized that she found herself “inside of a history of caretaking and comforting for fainting white women when the real victims were seated across the aisle, still crying.” 3

Rachel’s article, “A Most American Terrorist: The Making of Dylann Roof,” is long but worth the read. Her description of the victims is a fitting tribute that reads like poetry.

But most of her essay dives into the background of this young man’s journey to becoming the first American in history to be sentenced to die for a federal hate crime. This is what kept Rachael up at night, she shares. The sound of Dylann’s silence during his trial, as though he answered to no one, was like a ringing in her ears.

Rachael concluded that “Roof was safeguarded by his knowledge that white American terrorism is never waterboarded for answers, it is never twisted out for meaning, we never identify its’ handlers,’ and we could not force him to do a thing.” 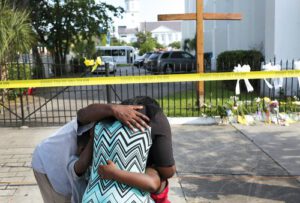 Domestic terrorism is considered a greater threat to our peace and security than foreign enemies, would-be foreign terrorists, or the gathering of unaccompanied minors at our southern border. Yet, we continue to hear declarations from political leaders like “there are good people on both sides.” Statements that embolden white supremacists groups who are armed, dangerous, and looking for an opportunity to terrorize innocent persons of color.

The other day I read an Instagram message from Yehrin Park, the head of brand operations at a company selling cookware called Our Place. Ms. Park was loading her luggage into the trunk of her Uber ride to the airport when a woman abruptly asked her if she was “going back to China.” Yehrin, who graduated from high school in California, politely explained that she was headed to New York on business. The woman told her she should instead go back to China. How ignorant can a person be?

More importantly, when did it become acceptable for our political leaders to put the lives of the innocent at risk to deflect their own incompetence and failures? The answer is easy from a moral perspective — it’s not. But the answer gets complicated whenever humans look for quick ways to deflect attention from their own failures.

It gets more complicated as well when Christians look for justification in scripture to support a particular bias. Last week, I reflected on Paul’s letter to the church in Rome after seeing a reference to a popular verse in Latasha’s book, Be the Bridge. 1 Paul writes that everyone commits sin, and so we all fall short of God’s expectation for us.

This is absolutely true. But the distance between recognizing that we all fall short to justifying greater and greater acts of violence is shorter than it should be. Dylann Roof’s shooting rampage, or the woman in California’s insult, or the recent shootings in Atlanta of people of Asian descent, are in a different category altogether. There are good people on both sides, but clear boundaries are being crossed that inflict great harm and suffering. There is a distinction to be made.

Rachael noted in her article a few of the unsupported stories that circulated about the circumstances that led Dylann Roof to commit such a heinous crime. Whatever the lethal combination of lies that Dylann chose to believe that convinced him that he was the real victim, the sin he committed is inexcusable. And his conclusion that the common trait among the persons responsible was the color of their skin sounds too much like yesterday’s political soundbites.

Much has been made of some of the family members of the victims publicly stating words of forgiveness to Dylann in the courtroom. I can’t imagine how hard that must have been. Forgiveness is the balm that helps us to heal, however.

Nadine Collier, whose mother was one of the nine church members killed, was one of the family members who said, “I forgive you,” to Dylann Roof that day. She also said to Dylann, “Give your life to the one who matters the most, Christ, so he can change your ways no matter what happens to you.”

But forgiveness is too often a cry from the white majority to relieve our own shame. Latasha Morrison shares in Be the Bridge how the presiding judge opened the arraignment hearing by reminding those present that there were also victims in Dylann’s family. Latasha said what so many must have felt, writing that “It felt like one more example of how majority culture calls for forgiveness in the midst of Black pain.”

Latasha reminds us that it may be impossible for us to get rid of rage until we take the time to feel it? Or to get rid of anger unless we make space to recognize it? Indeed we must first name and claim the wrong and hurtful actions we’re releasing the perpetrator(s) from? And this is uncomfortable for us.

But as uncomfortable as it is for those of us who are white, listening is our role in this crime. Just as Dylann’s mother listened to the families of those who were slain, perhaps feeling an overwhelming shame that she somehow shared in her son’s guilt. And she does. And so do we.

2 Matt Zapotosky . “Charleston church shooter: ‘I would like to make it crystal clear, I do not regret what I did,” © Washington Post, January 4, 2017.