My bad: Your worst critic 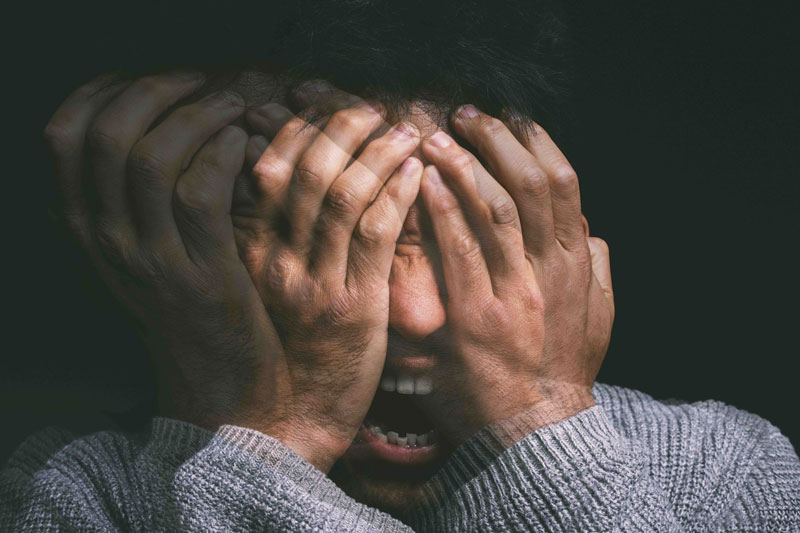 Last week I wrote about the importance of giving negative emotions enough space. Positivity, in this case, is highly overrated and can be toxic. But this week, I’m back on the positivity train again. That’s because this week, we’re not talking about something bad happening to us. Instead, this week we’re focused on “My bad” — when we do something bad.

We can often be our worst and least helpful critics.

Margarita Tartakovsky, in an article published by psychcentral.com, notes that we all have an internal critic. It’s just that some inner critics are more subtle, and others are downright cruel. And our internal critics weigh in on most of our decisions.

According to Alyssa Mairanz, a psychotherapist based in New York City, “Those who develop harsh inner critics are raised in an environment where they are being directly or indirectly told negative things about themselves.”

And inner critics can subconsciously disguise the source in a way that we operate as though their criticism is a given. This can lead to sabotaging our happiness in the choices we make, according to Mairanz, including who we choose as friends and partners.

Brené Brown differentiates between calling out bad behavior, which she calls guilt and an internal critic that claims that we are irreparably flawed. With shame, “My bad” presumes that bad behavior results from a bad individual incapable of doing good things.

Dr. Brown writes this about shame: “I define shame as the intensely painful feeling or experience of believing that we are flawed and therefore unworthy of love and belonging—something we’ve experienced, done, or failed to do makes us unworthy of connection.”

Shame is neither productive nor consistent with Christian beliefs. Shame illustrates where we fail ourselves rather than an indication of factual evidence.

“Healthy guilt,” on the other hand, writes Aundi Kolber in Try Softer, “allows us to recognize that we are loved and valuable even though we are imperfect.” Love is the key. “No matter how hard we try, we can’t hate or shame ourselves into change. Only love can move us toward true growth.”

What does it look like to try softer with our internal critic? Recognizing that we’re loved despite our imperfections is one way that we show compassion towards ourselves.

Jesus modeled compassion for us in his reaction to suffering. For example, we find a story in Matthew’s gospel where a large crowd has been with Jesus for three days. Jesus recognized that they were hungry, and there was no place nearby to get food. We read that Jesus had compassion for the hungry crowds.

I have compassion for these people.
Matthew 15:32

The origin of the Greek word translated as compassion describes a feeling one has in the pit of our stomach that takes us from a feeling to action. The original text uses a verb to describe Jesus’ reaction to the crowd. It wasn’t enough to feel bad for the people. Compassion includes Jesus taking action to relieve their suffering.

In the same way, we show compassion towards ourselves when we recognize our suffering and take action that brings relief. In applying compassion towards ourselves as a way to deal with our inner critic, we first acknowledge that the message that we’re flawed in some unrepairable way is a lie. While it’s true that we make mistakes, sometimes repeatedly, our mistakes represent something we did wrong. Our mistakes do not define who we are.

One of my favorite songs by Christian vocalist and songwriter Lauren Daigle is You Say. Apparently, I’m not alone since she won a Grammy, among other music awards and recognition. While a Christian song, I often heard You Say playing among selections of secular songs. Her lyrics struck a chord with millions of us, with internal critics telling us that we’re not enough and don’t measure up.

Try this exercise for dealing with your harsh inner critic. First, think about someone you’re connected with and feel empathy towards. Better yet, picture your younger self.

Pay attention to the source of the sensations you feel as you picture the younger you. Now imagine this younger version of you struggling with the same issues that cause you to worry that you don’t measure up. What would you say to them? What advice would you give?

Content for this series is based in part on? Aundi Kolber. Try Softer: A Fresh Approach to Move Us out of Anxiety, Stress, and Survival Mode–and into a Life of Connection and Joy. Carol Street, IL: Tyndale House Publishers, 2020.

Margarita Tartakovsky. “What to Do with a Cruel Inner Critic.” © psychcentral.com, May 20, 2016. Retrieved from: link.