Nuanced: Through the keyhole 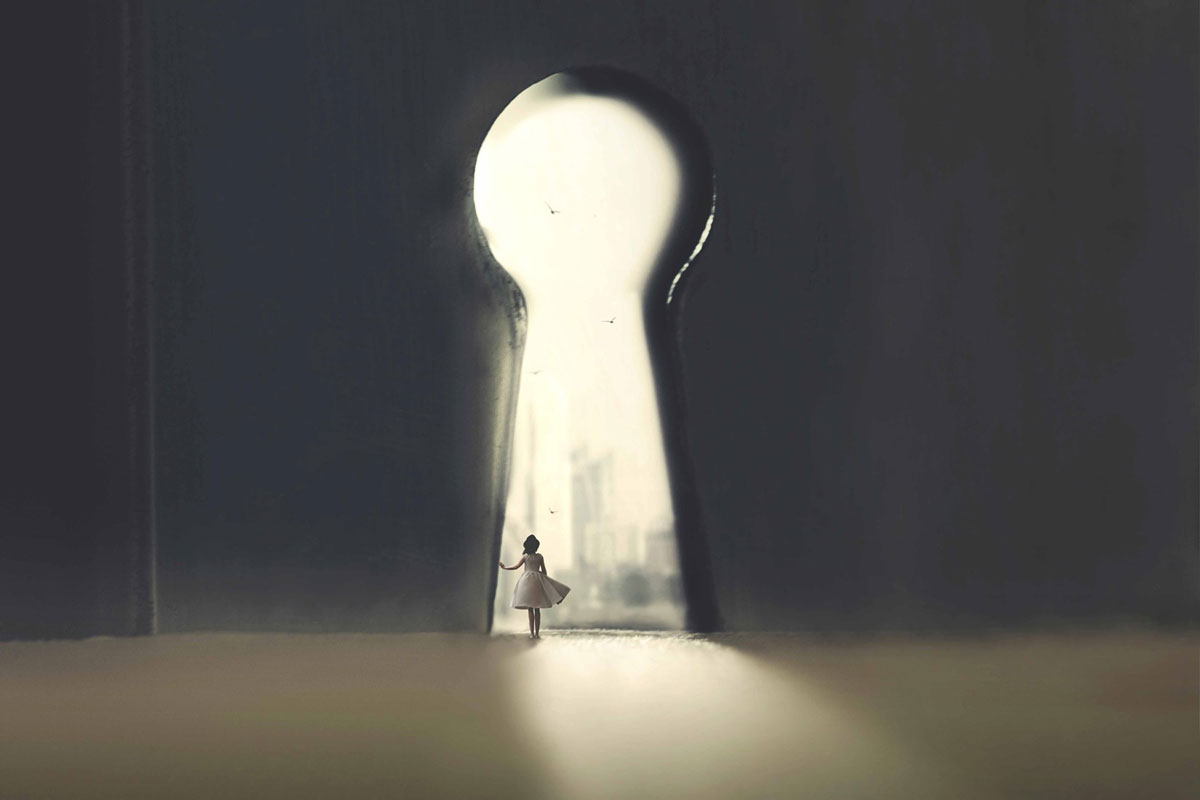 Looking back at themes over the past several months, I noticed that we began 2022 in a conversation about the political divide in our country. For example, in my January 9 article, I wrote about the anniversary of the January 6 attack on the U.S. capital. But the most impactful research for me was what I learned about the process of dehumanization.

Brené Brown writes that “Once we see people on ‘the other side’ of a conflict as morally inferior and even dangerous, the conflict starts being framed as good versus evil. Dehumanization is the most significant driver of insurrection and it always starts with language.”

As the year progressed, it became apparent that our collective mental and emotional health was under attack. The impact of the pandemic, exacerbated by blatant illustrations of injustice and dehumanization as a political strategy, pushed us out of our windows of tolerance. We found ourselves cast into the chaos of disconnection from people we care about but whose political views we simply can no longer tolerate.

After Easter, we began a journey of discovery to reclaim our well-being and to walk through the keyhole with a fresh perspective. Our journey was guided initially by Aundi Kolber and her insightful book, Try Softer. We called our journey Masterpiece to draw attention to the divine intention that resulted in our being. We are each a masterpiece created by a loving God on purpose. But we enter a broken world that oftentimes conspires to take us away from our divine purpose.

The late Chadwick Boseman, in his commencement address at Brown University in 2018, offered this insight into purpose based on his personal experience as an actor:

Purpose is an essential element of you. It is the reason you are on the planet at this particular time in history. Your very existence is wrapped up in the things you are here to fulfill. Whatever you choose for a career path, remember, the struggles along the way are only meant to shape you for your purpose.

Meanwhile, political conversations are usually off-the-table in mixed companies where “mixed” is equated to blue and red. Finding ways to get along proved difficult enough without having my character questioned because I believe that deadly weapons shouldn’t be readily available to the public at large.

Over the past decade, Asbury has emerged as a community leader in finding ways for residents to connect with God, each other, themselves, and our planet. Connections that take place in mixed company. We offer help to whoever asks, regardless of their political or religious views and regardless of their gender identity or sexual orientation. And we don’t check ID or membership cards.

This reality makes disagreements both imminent and essential. We’re trying to get it right as much as possible, which means we need diverse people and ideas.

As we begin part three of our series, Masterpiece, we’re risking the potential of even more ridicule than we’ve received for our pursuit of “all means all.” Why? Because we’re planning to talk about a few of the more controversial political topics. This includes abortion, climate, gun control, healthcare, public support (formerly welfare), immigration, racism, trade, and voting. Of course, all of this is within the context of the separation of church and state.

Our goal has nothing to do with influencing how people vote. We’re trying hard not to take sides while being honest about our biases. Our goal is to improve our ability to engage in conversations with people with different opinions and who vote differently than us. However, if you’re agenda is to restrict voting in any way, this is one area where you may want to disengage. We live in a democracy so far, and democracies need everyone to have a voice and vote. But it’s your choice. This is the beauty of freedom.

And the timing couldn’t be better as our first Sunday corresponds with our nation’s celebration of freedom. According to history.com, Philadelphia was the first city to celebrate this day on July 4, 1777. The Revolutionary War was fought and won by immigrants who came to this continent to find a better life. And for most, it was a new beginning.

Independence from the rule of authoritarianism offered a freedom that is only possible in a democracy. But, while the idea of democracy is logical, we’ve learned that most decisions that matter are highly nuanced. Democracy is frustrating if your intent is to control the opinions of others or to hold onto power that isn’t the will of the people for you to have.

Like most radical ideas, the revolutionary war wasn’t popular at first. It took ordinary people stepping up and people in power-sharing voice with them for this initial resistance to an authoritarian government to blossom into an experiment in democracy. Thomas Paine was one example.

Thomas Paine was born into poverty and left school at 13 to help support his family. He was fired from a couple of jobs during his young adult years because of his activism promoting higher wages for himself and his coworkers. At age 34, Paine somehow managed to convince Benjamin Franklin to write a letter of recommendation that helped him immigrate to America and land a job as a journalist in Philadelphia.

Paine’s breakthrough came during the first year of the conflict, which initially consisted of a relatively small group of colonists. Encouraged by Franklin and a local physician, Paine wrote a 45-page pamphlet that laid out an argument against authoritarian-style government as represented by the King of England. His pamphlet also included a vision for starting a new form of government representing and serving the people’s will.

His pamphlet, titled Common Sense, reflected Paine’s belief that God gives each person a conscience. And our collective conscience makes a better guide for government than the will of the privileged minority that currently held power over the colonies.

Paine’s humble background allowed him to write in a way that resonated with ordinary people. The masses were a diverse group of people who fled oppression to find new opportunities to live in peace based on their own creative energies. Yet there is no statute of Thomas Paine in our nation’s capital. This is ironic since his example represents the ideals that make democracy possible.

But what about Paine’s premise that God gives all of us a conscience? If this is true, how is dehumanization that destroys democracy even possible?

In Paul’s letter to the church in Ephesus, he writes this plea:

Be always humble, gentle, and patient. Show your love by being tolerant of one another. Do your best to preserve the unity which the Spirit gives by means of the peace that binds you together. There is one body and one Spirit, just as there is one hope to which God has called you. There is one Lord, one faith, one baptism; there is one God and Father of all people, who is Lord of all, works through all, and is in all (Ephesians 4:2-6).

Be always humble, gentle, and patient. Show your love by being tolerant with one another.
Ephesians 4:2

While Paul, in this paragraph, doesn’t get into the subject of grace, he lays out the anticipated results of allowing God to guide our thoughts and actions. So we begin this part of our work towards discovering the masterpiece God created that is us with this challenge from Ephesians.

But the diversity within our country’s borders magnifies one of our core founding principles. A desire to practice the faith of our choice. Paul was Jewish and helped to lead a revolution that we now call Christianity. Our faith is one worldview among many that populate our country. And this alone brings nuance to our conversations.

There is much to talk about, but we need to set some ground rules, clear boundaries, and allow the Spirit of God to have as much control as possible. Giving up control is never easy. But neither is listening to someone with whom we disagree.

One more thing. I briefly mentioned boundaries earlier, and I don’t want to lose the importance of boundaries in any political conversation. But unfortunately, we’ve seen far too much dehumanization over the past several years. This is s rigid boundary that we plan to hold in all our conversations. And this may mean that we simply refuse to listen to ideas that dehumanize others or attempt to prevent some of us from voting.

Aundi Kolber. Try Softer: A Fresh Approach to Move Us out of Anxiety, Stress, and Survival Mode–and into a Life of Connection and Joy. Carol Street, IL: Tyndale House Publishers, 2020.