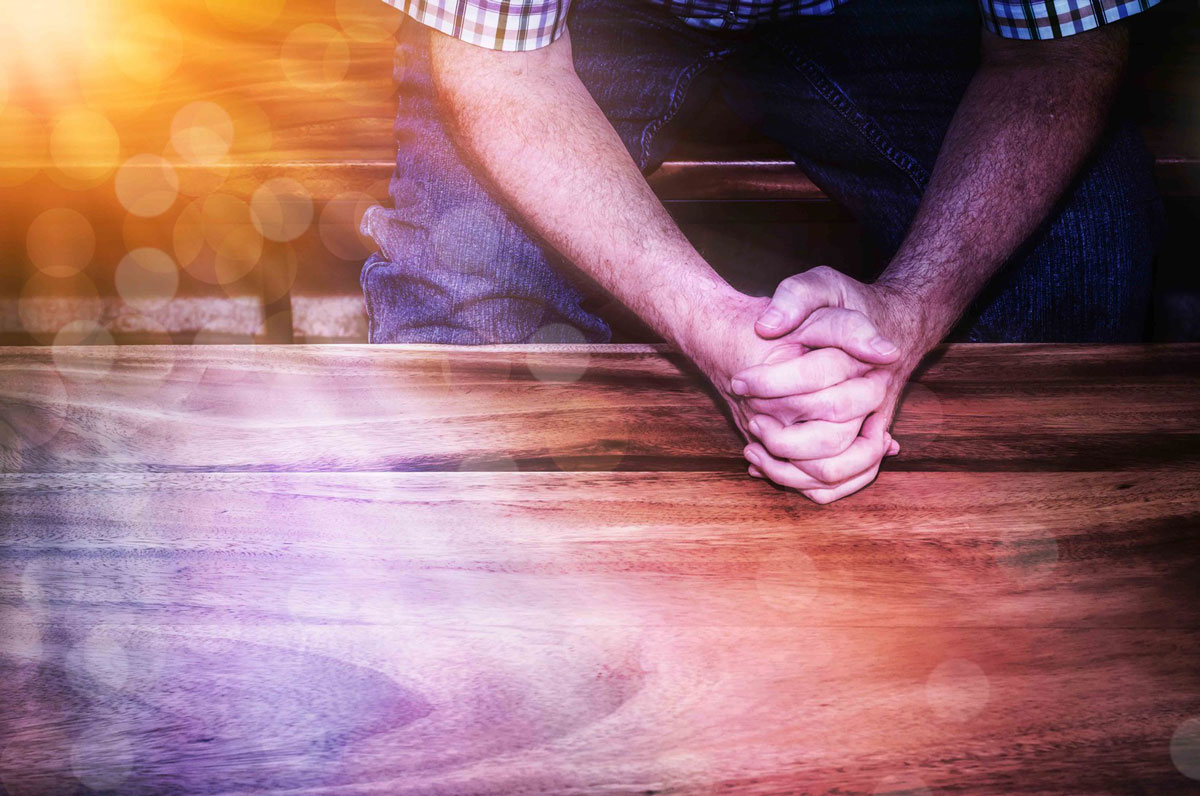 Over the past two months, we’ve focused on ways to become more aware of ourselves. Listening to our bodies makes it possible for us to try softer. We try softer by giving ourselves enough grace to find balance in a world of competing pressures. Trying softer means that instead of holding on tighter and pushing through our struggles, we slow down and take in the sensations felt throughout our bodies.

Trying softer means living out the idea found in Psalm 46, “Be still, and know that I am God!” And often, it means giving up controlling things we can’t control. We conclude part two of our series with the subject of surrender.

Aundi Kolber, in Try Softer, shares a story about making a breakthrough when she surrendered to the pain during childbirth. She writes that “This is when pain does its best work.”

But surrendering seems paradoxical because giving up control feels like a threat rather than a solution. And this is one of our biggest challenges regarding our faith. We say we trust God, and then go on to prescribe what we want from God usually in great detail.

In an article in Psychology Today, therapist Nancy Colier points out that we surrender only after every coping strategy we know fails to offer relief. She writes that “Surrender begins here, where all other strategies end. But surrender is not a strategy; it is the profound absence of strategies.”

In John’s Gospel, Jesus compares Himself to a shepherd who cares for His sheep so profoundly that the sheep thrive. He says that God’s purpose for living among humans was motivated by love so strong that once we’re aware of its power, we live with abundance. God’s promise lies at the center of what every human ultimately wants but too often fails to live into.

We gain more by giving up control. This idea is paradoxical. But what is a paradox?

A paradox is a contradictory statement of two mutually exclusive facts claiming to be true simultaneously. So, for example, God, the Creator of the universe living as a human, is paradoxical. And the gospel stories contain one paradox after another.

Few paradoxes are more confusing than the idea of surrender. Generally, we surrender after every option fails. But, Nancy Colier writes, “Surrender isn’t something that our minds can accomplish.” In fact, our minds resist surrender with every fiber because surrender feels like an attack on our very survival.

But surrender isn’t about giving up altogether. Instead, we surrender trying to control things we don’t have control over.

I have come in order that you might have life in all its fullness
John 10:10

There is a story passed down through the generations about a time when God’s people were under attack. The Philistine army was advancing towards them, and the people were afraid because they were outnumbered and outgunned.

As I read this story, I couldn’t help but think about the Ukrainian people preparing to defend their country from the impending Russian invasion. I wondered if when their story is told hundreds of years from now, will their story end in a similar way to this story from 1 Samuel? I wonder if it will be a story of heroism and faith in God ending in triumph?

I thought back to the earlier weeks of the war in Ukraine when Russian tanks were stalled along the roads leading toward Ukraine. I thought about the news report of the Russian military in chaos. But since then, the Russian army regrouped, and Putin showed that there was no cost too high for the appetite of his ego.

The motivation to hold onto power is always destructive. Arrogance and power are deadly combinations, as we witnessed in our nation’s capital last year on January 6.

The people were saved, according to scripture, and in recognition of God’s intervention, Samuel placed a stone marker. The transliteration of the Hebrew name for this stone marker is Ebenezer — which is translated as the “stone of help.” God’s people surrendered their well-being into God’s hands and God came to their rescue.

Surrendering, in this context, is not about giving in to evil or harmful temptations. Instead, we surrender our attempts at controlling that which is not within our power to control. And we turn to God as our deliverer and anticipate that God will intervene in ways that are ultimately just and in our mutual best interest.

When I see the faces and hear the voices of the Ukrainian people, I don’t perceive any thoughts of surrendering to Vladimir Putin’s will. Instead, I hear their resolve to cede control to God’s will. And I see God’s intervention in the world’s collective response in support of Ukraine. God brought help to Ukraine through the other nations of the world, but time will tell whether the help given is sufficient.

Ultimately, we do not know what will happen. Instead, we see the massive destruction caused by the ruthless onslaught of violence. Meanwhile, our legislatures debate how to keep killing machines out of the hands of killers. All the while dealing with the pressures put on them by powerful forces funded by huge profits disguised as cries for freedom. And we the people allowed these influences to contaminate our supreme court through our inaction.

These are hefty issues that affect every one of us. There is much to talk about. Are you willing?

Next week we begin part three of our series, Masterpiece. Over the next nine weeks, we take what we learned in the first half of our series and apply it to one of the most challenging situations in our nation’s history. Politics historically leads to debate because policy matters. But there is a vast difference between debate to discover solutions and the divisive attack ads and speeches that overwhelm our public discourse.

There are subjects we need to discuss, decisions to weigh against our values and votes to cast. I pray that you will be a part of the conversation.

Aundi Kolber. Try Softer: A Fresh Approach to Move Us out of Anxiety, Stress, and Survival Mode–and into a Life of Connection and Joy. Carol Street, IL: Tyndale House Publishers, 2020.

Nancy Colier. “When It’s Time to Let Go of Control and Surrender.” © Psychology Today, May 4, 2016. Retrieved from: link.