Re-born: How can we be born again?1 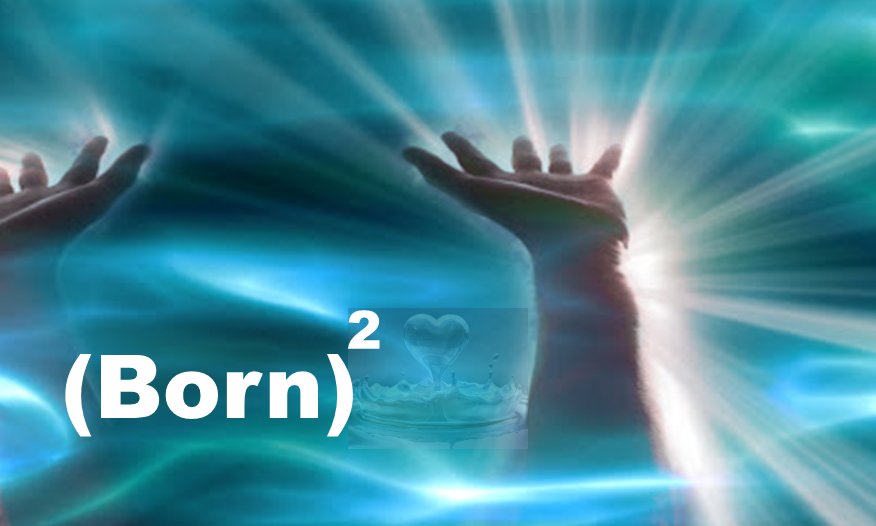 I don’t know about you, but the images of planes flying into buildings are on repeat in my head this week. Perhaps the prediction made by George W. Bush that these images will remain in our heads forever came true for me. But, for me, disbelief was replaced by a recognition that religion is dangerous, except the sadness hasn’t gone away. And I’m not as sure about the unyielding anger he predicted. It’s hard to stay angry at the intangible.

Rabbi Jonathan Sacks begins his book, Not in God’s Name, with the declaration that “When religion turns men into murderers, God weeps.” The Rabbi comes to this conclusion from reading the book of Genesis. After making humankind in God’s own image, the first humans disobeyed God’s first instructions, and the first murder took place soon after. It wasn’t long before God’s new world was filled with violence, and “God regretted” what had become of humankind (Genesis 6:6). 2

The history of religion is filled with violence. And much of the violence is done in the name of God. Rabbi Sacks argues that religion began as polytheism, the belief in multiple gods, as the “vindication of power,” and religion was used as justification for power structures. This allowed the few to rule over the many by leveraging deeply held convictions to safeguard against uprisings in response to oppressive demands.

Monotheism, the belief in one God, became a “sustained protest” in opposition to hierarchies justified by claims of divine ordering. The idea of one God made a provocative claim that all humans are created in God’s image. And, this claim was valid regardless of heritage, culture, birth parents, or any other human-made ordering. Moreover, the account of Abraham’s covenant with God was based on concepts that included the sacredness of life, righteousness, justice, mercy, and compassion.

Abraham’s covenant emerged as the origin of Judaism, Islam, and Christianity. And remarkably, the original ideals captured in our collective holy scriptures are consistent with other religions that claim different origins and sources of enlightenment.

Yet, violence continues to be perpetrated by individuals and groups towards others, citing God as the divine arbitrator. That is, God inspired the very acts that God declared as evil. Could it be that we just simply don’t understand?

We find the story of Nicodemus in the Gospel of John. Poor Nicodemus — the blind guide — the Pharisee who simply didn’t get it. Is the point that we don’t want to be like Nicodemus or that we’re all a bit like him? Let’s compare.

It’s after dark when Nicodemus makes his way to where Jesus is staying. The consensus for the late hour is that Nicodemus has a reputation to protect and doesn’t want anyone to see him. This is all speculation since the writer doesn’t reveal his motivations.

What we do know is their conversation begins with flattery. I’m guessing it was blatant superficial flattery when Nicodemus says, “Rabbi, we know that you are a teacher sent by God. No one could perform the miracles you are doing unless God were with him” (John 3:2).

Now we know this to be true, but Pharisees sat on the other side of the aisle on most issues when it came to the reputation of Jesus. If Nicodemus really believed what he was saying to Jesus, why wouldn’t he show up earlier in the day? Remember that almost everything found in John’s gospel is symbolic, and things said and done in the dark are suspicious unless they come from Jesus.

Jesus doesn’t bite on the flattery. Instead, He ceases a teaching moment and reminds Nicodemus that he can’t know whether what he says is true or not. Unless Nicodemus is first born again.

Re-birth is taken for granted by most of the Christians I meet. It’s often a status that comes along with a willingness to join a church. Sometimes re-birth is associated with baptism or some form of a catechism. Others apply a qualification of the obvious presence of the Holy Spirit with varying ideas about how to test their assessment.

Nicodemus is more honest. He asks the question that we don’t ask but hope to listen in on the answer. “How can a grown person be born again when it’s impossible to reenter their mother’s womb?”

So Nicodemus asks an obvious question — he is the Pharisee version of Peter. The Peter who asked questions the rest of us wonder about but don’t ask.

But the answer is confusing — or at least nebulous. So first, Jesus explains how a person is re-born of spirit, which doesn’t help much. And then Jesus reminds us that God’s Spirit is like the wind. We don’t know where it comes from or when or in which direction it may blow.

I don’t mean that the weather forecast that predicts wins out of the South at 20 miles-per-hour isn’t a good indication of whether you burn leaves. Instead, at any given moment, we don’t know if a puff of wind may blow our leaf pile. Similarly, we don’t decide the if and when of God’s Spirit.

But the empty flattery offered by Nicodemus suggests that he thinks he knows that Jesus was sent by God when he doesn’t. No one does unless they are re-born of the Holy Spirit. Which none of us have power over.

“How can this be?” asks Nicodemus. This is a great question and likely an honest one coming from a person the community sees as an expert on matters of God. This is perhaps why Jesus asks Nicodemus, “How could you not know?”

After Jesus asks how he could be an expert in religious knowledge and still not understand, Nicodemus stops talking.

One of my Dad’s favorite sayings for me was the importance of keeping my mouth shut. “Better to let others think You’re a fool than to verify it by saying something foolish.” Perhaps this story is about Jesus telling Nicodemus the advice my Dad gave me.

No one can see the Kingdom of God without being born again.
John 4:3

Sometimes it’s better to sit quietly and listen to God. Nicodemus thinks he knows the mind of God when he doesn’t. The truth is that no one does. Barbara Brown Taylor reminds us that this is what it means to be human.

This brings us to making sense of the rest of this story. After Nicodemus quits asking questions, Jesus expands on His lesson, explaining the essence of what continues as controversy today. But, first, Jesus tells Nicodemus that God wants to save, rather than condemn, the world. And this decision comes out of God’s love for the world.

Jesus explains an even more challenging to understand reality when He describes the means of salvation. First, God loves the world so much that the Son of God will save us. And salvation begins with the belief that this promise is true with the hope of re-birth.

Out of this story and others, Christians come to the conclusion that salvation comes through this process. But, while we’re willing to accept that Jesus alone is the mediator of our salvation, we seem hesitant to entirely give up our desire to be a co-mediator. We want some say in which way the winds blow and who gets re-born.

The human Jesus was born into a Jewish family and raised in Jewish tradition and beliefs. We read that He adhered to the rituals and traditions that He learned since childhood. This is not to say that Jesus adapted to and adopted every nuance. He argued with teachers and made controversial statements and claims.

And Nicodemus heard first hand the most controversial of all the claims made by Jesus. And Nicodemus was understandably confused and then silent for the rest of the story.

We don’t know if Nicodemus was ever re-born, even after spending time with the world’s greatest evangelist. Jesus didn’t ask Nicodemus to pray the “sinners prayer” or join His church. He didn’t offer to baptize Nicodemus or suggest he go to the Jordan River and find John the Baptist, who baptized Jesus.

Instead, Jesus shared what He knew to be true about God. And it appears that Nicodemus sat and quietly listened.

I get the feeling that there is room for Nicodemus in the Kingdom of God that Jesus described that day. I think there is room in the heaven that I believe Jesus oversees. And if I’m right about this, perhaps I’ll get to meet Nicodemus someday. I’ve got questions of my own.

Do you believe that Jesus is the way, the truth, and arbitrator of eternal life? Then, may we all learn to let Jesus do what God has done since the beginning and will do long after our bodies return to the dust we came from — even without our advice and counsel. Let’s leave the decision of who receives salvation to the One we believe owns it.

Our series this month is called Holy Envy and this is episode three. Join us each Sunday as we navigate life’s challenges using the Word of God as our guidepost. And recognizing that none of us have a monopoly on knowing the mind of God. So we’re better when we work together.

This month we look for God in the faith of others. In doing so, we expect to experience holy envy from time to time. We anticipate once in a while wondering whether the water might be a bit sweeter coming out of our neighbor’s well. Plan to join us.

1 Much of the content of this series is based on Barbara BrownTaylor’s book: Barbara Brown Taylor. Holy Envy: Finding God in the Faith of Others. Harper One, 2019.