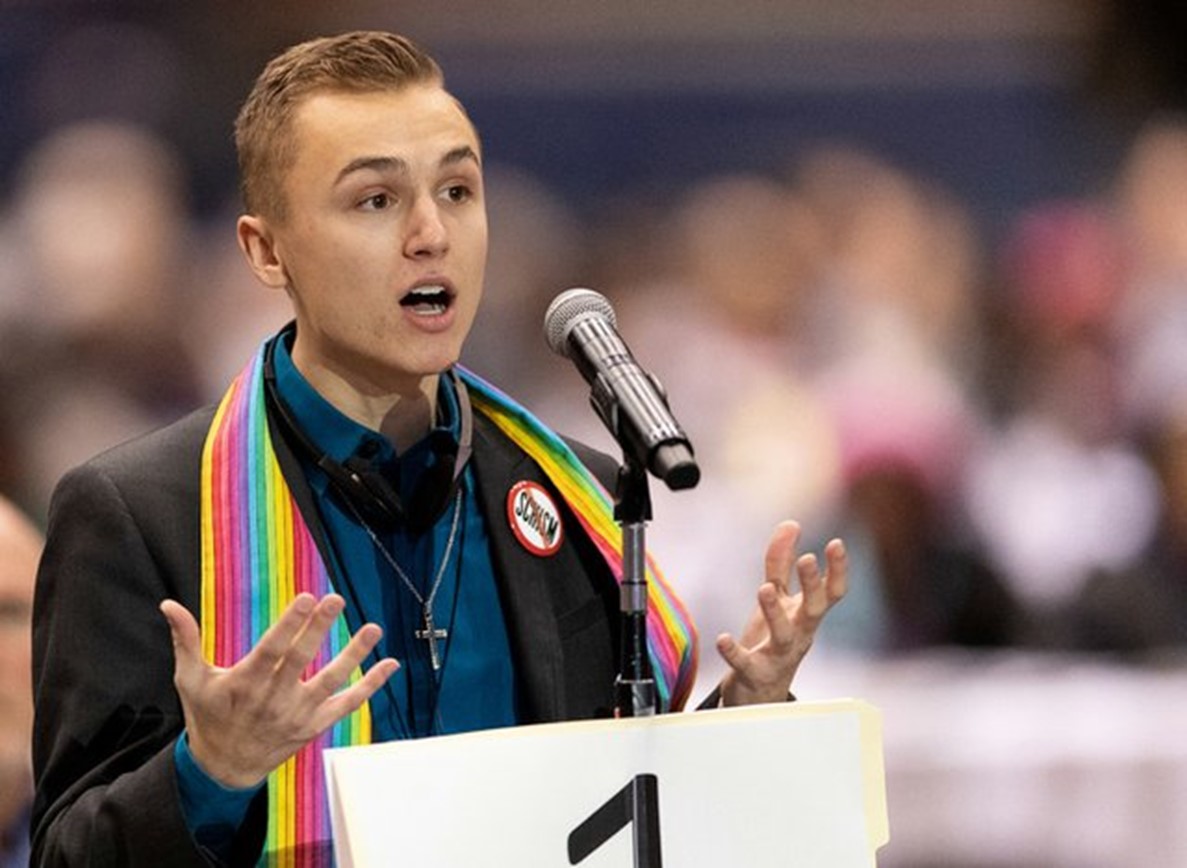 In a call to reclaim both the church and the meaning of “queer,” J. J. Warren, in his book, Reclaiming Church, writes that “The Church has institutionalized racism, sexism, and homophobia.” 1

These are serious charges that are sure to result in blow back from both church leaders and faithful followers. But are they true? Doesn’t the church welcome everyone? The answer is that it depends on the church.

Former Michigan journalist and Pulitzer Prize winner Robin Givhan in a Washington Post article differentiates between religious institutions, churches, and faith. Givhan argues that, “The church is a community of imperfect people who create a safety net for the fearful or the broken.” 2

Her argument suggests a church that welcomes anyone regardless of whether the church leadership might disagree with their opinions or lifestyle. Givhan’s article focused on the very public knowledge that President Biden is known to be a devout Catholic. The Biden’s regularly attend church and usually choose a Catholic church to attend.

Joe Biden should be a breath of fresh air for traditional church leaders. Unlike his predecessor, Biden consistently attends worship and doesn’t try to hide his religious beliefs. Yet the Bishops that oversee the Catholic Church in the U.S. are plotting to refuse communion to the President, citing his support for abortion rights.

According to an article in the NY Times by Elizabeth Dias and Ruth Graham, a conservative movement within the church gained power during the previous administration. And they plan to use this power to make a political statement. 3

The Christian church began during a time when politics and religion were publicly and culturally intertwined. Yet national tradition states that this country was founded by individuals fleeing from religious persecution. The freedom to worship God as we see fit is a fundamental right protected by law.

Publicly, this is what the action taken by Bishops aims to do. Joe Biden is free to go to a different church where his political opinions do not keep him from participating in the sacred acts of worship. Since Biden is only the second Catholic President in history this suggestion creates headlines and political soundbites. 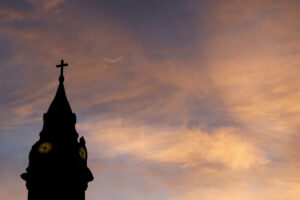 A Catholic church in Philadelphia. The city had stopped placements with an agency, Catholic Social Services, after a 2018 article in The Philadelphia Inquirer described its policy against placing children with same-sex couples. Credit…Julio Cortez/AP

Representative Ted Lieu, a catholic and Democrat from California, raised the question of how Republican politicians who support the death penalty seem to be left out of the scrutiny of these same bishops.

This rift isn’t new. In 2016, Biden was selected to be honored at a Notre Dame’s commencement ceremony. At the time, Bishop Rhoades, who is leading the charge of a conservation faction of the church, publicly protested choosing Biden.

In an article published by the Catholic News Service, Bishop Rhoades stated that, “We should make sure there is a basic consistency between their political decisions and sound Catholic moral and social teaching. At the time the bishop was referring to Biden’s support of same-gender marriages and a woman’s right to an abortion. 4

But the latest rift is laser focused on the single issue of abortion rights. Biden has publicly stated that his support for a woman’s right to choose an abortion does not mean that he is not troubled by abortions. His past statements indicate a recognition of the complexity of the subject and an understanding that compromise takes precedent over his personal beliefs.

So why did abortion rise to the forefront of the conversation and same-sex marriage fall to the background?

And while the majority of U.S. voters support a women’s right to have an abortion, this question is much more nuanced.

In an often referenced story about Jesus we gain insight into the hypocritical practices that often creates stumbling blocks for church leaders.

A few devout followers tried to trap Jesus into making a gaff that could be used against Him. One of them asks Jesus a politically connected question about paying taxes that supported the Roman Empire. The tax rate imposed on the residents of Palestine were oppressive, and religious doctrine brought into question whether devout Jews should refuse to comply.

When they handed him a Roman coin, he asked, “Whose picture and title are stamped on it?”
Matthew 22:19-20

Jesus asked whose image appeared on the coins used to pay taxes. So they fetched a Roman coin which had the Emperor of Rome’s image engraved on it. Jesus responded with the instructions that even devout Jews should “give to Caesar what belongs to Caesar, and give to God what belongs to God” (Matthew 22:21).

And what belongs to God? We do. We were created in God’s image and given the breath of life along with purpose and capacities. And God asks for one thing in return that forms the basis for all that we owe to God for our lives. We are to love God and our neighbor (Luke 10:27).

This is what separates the notion of religion from what it means to have faith. Religion is a rulebook and a structure to assure adherence. Faith is based on the belief that we are to give to God that which belongs to God. Faith is not based on rituals, rules, or perfection. Faith is offering to God and to our neighbor the person God created us to be. No substitutes and no fakes.

Givhan writes that, “The rules of religion matter; but they aren’t the essence of faith.”

J. J. Warren ends his book with a call to action. He writes, “It’s time we separate ourselves from the empire again and align ourselves once more with the underpaid, the unhoused, the previously rejected and condemned. It’s our time in history to reclaim what it means to be the Church.”

Asbury echoed his call to action when our church body voted unanimously to publicly declare our alignment with a movement known as a reconciling church. This movement’s mission is reflected in the title of the book this series was based on.

This means that our church welcomes LGBTQ persons without reservation. This also means that we respect and honor all variations of gender identity and sexual orientation. Which puts Asbury in conflict with the actual policies of our own denomination.

One of our worship band’s favorite songs usually reserved for the days that we take communion is titled “Come to the Table.” The invitation with the song’s lyrics is for the listener to join a group of misfits. And the bridge names the labels given to both misfits and the usually included.

“Come meet this motley crew of misfits. These liars and these thieves. There’s no one unwelcome here.” And “that sin and shame that you’ve brought with you, you can leave it at the door, and let mercy draw you near.” We hope that you will come to the table regardless of whether you agree with what we believe.

We can find common ground to stand on.

Welcome to the conclusion of Part one of our series, Coming out. In this series, we focus on claiming our true identity while reclaiming a perception of God based on the truth of scripture. We learn that God blesses us for who God created us to be.

3 Elizabeth Dias and Ruth Graham. “In Rift With Biden, a Dramatic Show of Force by a Conservative Catholic Movement,” © New York Times, June 20, 2021.