As Cyndi and I watched the first episode of the ABC News documentary, Soul of a Nation, I knew that an old friend would be there with us. I can’t remember the first time that I met Shame. Likely, after being discovered climbing on the kitchen counter to reach the shelf where mom put the cookies. The temptation of sugar was a greater temptation than my mom’s instructions, “No cookies before dinner.”

Shame also shows up near the beginning of scripture. According to the story in Genesis, soon after God created the universe, the first humans had access to the kitchen cabinets. God found them hiding after they did the one thing God told them not to do. The sweetness was too tempting for them to ignore.

We read that “At that moment their eyes were opened, and they suddenly felt shame” (Genesis 3:7). They met that same friend who likes to sit with me when I’m reminded of times I did something I shouldn’t do. And Shame wanted to watch this documentary with me the other night, despite my objections.

I feel blessed that my parents modeled for me a counter-culture attitude towards people of color. As a child, I knew not to make comments that disparaged a person because of their skin tone — or frankly, for any reason. I wrote about this last week but raised it here as a reminder that I am not innocent despite this blessing. And Shame got comfortable in the same seat I was sitting in with a big grin and an “I told you so” already loaded and ready to fire.

To the best of my knowledge, none of my ancestors ever owned slaves. Yet, my most shameful memories waited until high school history class. My family moved from the south to Ohio, where I completed high school. It was clear that, according to my history teacher and classmates, the south was totally responsible for slavery and all of the ugliness that followed. These were my people, and I am guilty by association.

Our faces are covered with shame.
Daniel 9:7

I would later learn that America’s original sin was much more than a couple of consenting adults in the Garden of Eden munching on fruit before supper. We were all in on it. There are no innocent bystanders. We own this, and Shame is waiting for each one of us to experience our own realization.

In her book, Be the Bridge, Latasha Morrison shares a story about her visit to the Whitney Plantation in Wallace, Louisiana. Expecting to find yet another white-washed version of the truth about slavery, Latasha shares that she was stunned by the honest portrayal of life on a plantation for her ancestors. She writes, “Many of us can easily find the names of our ancestors listed on asset ledgers next to livestock and equipment.” 1

If your a woman you may already know a little about how this feels. During most of world history, women have been treated like livestock and equipment. This insight is critical when interpreting scripture. Contrasting the inclusionary attitude of Jesus against the backdrop of human failure can help us to recognize our own shortcomings. I think God planned it this way.

In an interview with ABC News’ Chief Justice Correspondent, Pierre Thomas, Capital Police Officer Harry Dunn shares his experiences protecting the U.S. capital during the recent insurrection by domestic terrorists. As I watched the interview, I wondered if any of the individuals involved in storming the capital building felt any shame afterwards. More importantly, are the political leaders who instigated this assault feeling any shame? Is our former president feeling any shame? Are his supporters feeling any shame? 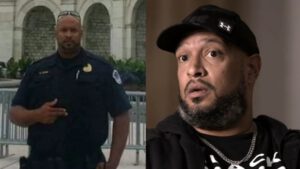 I’m afraid that my suspicion that the answer is no is accurate. So why am I feeling shame? I wasn’t there, and I’m willing to condemn the attack and, in particular, the blatant racism that fueled the attack. I’ve made more than one person who believes the lies told by the former president and his supporters angry with my opinion. But no sign of shame so far.

The story in Genesis about the first humans is much more than a simple story about original sin. This story transcends thousands of generations because there is so much packed into its telling. We don’t find that one felt shame while the other didn’t. When shame first made friends with humanity, it was with every person. This is called collective shame.

The Prophet Daniel, when he realized how his people had come to the point where they found themselves, expressed shame. His shame was not just for his ancestors, nor was shame his to carry alone. Daniel cries out to God that, “We and our kings, princes, and ancestors are covered with shame because we have sinned against you” (Daniel 9:8). The “we” of shame is the shame that I feel about the attack on our nation’s capital. And about my role in keeping systemic racism alive.

In her book, Latasha Morrison makes this declaration of reality — “To build bridges of racial reconciliation, we’ll need to confront the guilt and shame of our collective past.” Otherwise, we allow denial to create roadblocks that keep us hiding in the bushes. We need to face shame and let him have his say so that we can lament, repent, and begin reparations of the damage done by all of us.

As Officer Harry Dunn described how the terrorists shouted racial slurs at him while declaring themselves “patriots,” my friend Shame nestled comfortably in my lap. I anticipated feelings of anger and rage coming over me as the interview progressed. Instead, Shame kept anger away, allowing my tears to flow and empathy to hold me in its spell.

In episode four of our series, Bridges, we come face-to-face with the brutal reality of our shared past. We learn that there is no innocence. Our sin is communal, and God knows where we are hiding in the hope of not being found out. It is hard to claim innocence when we’re caught with our hand in the box of cookies while standing on the kitchen counter.