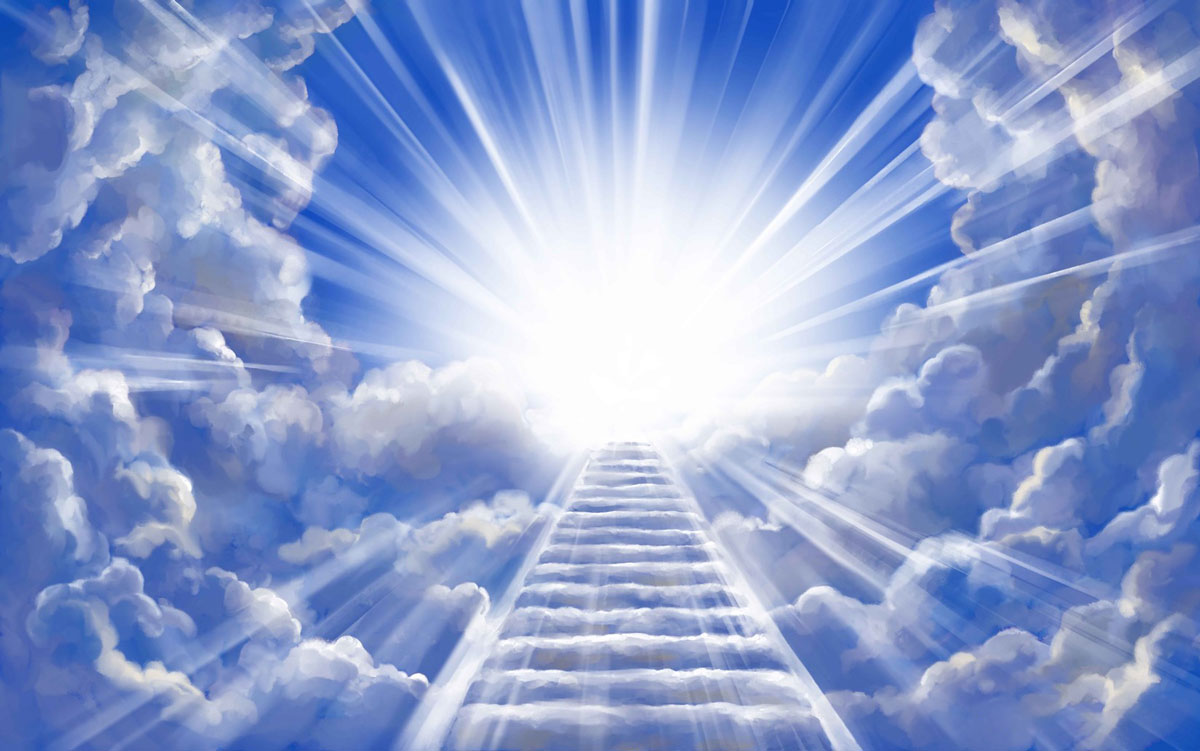 Stairway to Heaven became the most requested song on the radio during the decade that I graduated from college and moved to Michigan. I was already a fan of Led Zeppelin after their first album. And an even bigger fan of poetry.

The original songwriter, Robert Plant, said that the song’s intended meaning that he wrote and produced with Jimmy Page was about personal growth. This is enough for me. Add in the song’s reference to one of my favorite biblical stories and a compelling guitar melody, and it’s no wonder this song is powerful.

Of course, there were the conspiracy theories back then too.

Matt Trzcinski, in an article published by the Showbiz Cheat Sheet, credits a Michigan pastor with starting a conspiracy theory that Stairway to Heaven contained a “back-masking” message promoting satanic worship.

The possibility that some of us are more susceptible to believing debunked conspiracy theories than others has proven elusive to researchers. This subject took on an accelerated sense of urgency as the COVID pandemic became politicized. And conspiracy theories, such as The “big lie,” are now the latest weapon in the arsenal of political pundits.

Benedict Carey summarized the results of a recent study in a New York Times article. The researcher’s paper titled “Looking Under the Tinfoil Hat” was posted online in the Journal of Personality. While their study found interesting and somewhat predictable correlations, the research is inconclusive.

It is estimated that over half of us believe at least one debunked theory. Carey writes that “The advent of the pandemic, and its injection into partisan politics in the United States and abroad, lend an urgency to a deeper understanding of conspiracy theories, given that false beliefs — that the C.D.C. is politically compromised, one way or another — can lead millions to ignore public health advice.”

Which conspiracy theories have accomplished. The problem is knowing which of our beliefs is based on solid facts and which are not.

Our imagination, for the most part, relies on our lived experiences. However, experts have discovered that even our dreams come mostly out of reinterpreting stored memories, which come from our brain’s cerebral cortex.

The information that our senses take in is interpreted by our brain based on pattern matching. For example, we recognize another person or a place because we have a stored memory that our brain uses to match what we see, hear, smell, taste, and feel with a past experience.

When we dream, this same process occurs, except that we’re not receiving outside information. Instead, the brain works in reverse and reinterprets past experiences in new and often creative ways. And this makes dreams seem just as genuine as the real thing.

Perhaps this explains why I connect the imagery of Stairway to Heaven with the story of Jacob. Instead of satanic messages, I’m reminded of a biblical classic involving a highly dysfunctional family that God invited into the history of salvation. Jacob inspires all of us who realize that we’re a long distance from being a masterpiece and that there is hope for us.

The stories of Jacob’s dysfunctional family appear in the first book of the bible. Jacob’s father, Issac, first shows up in the 17th chapter of Genesis. Issac marries his wife Rebekah in chapter 24, and their fraternal twin sons, Esau and Jacob, are born in chapter 25. But Jacob’s dream of a ladder or stairs going up to heaven takes place while he is on the run and hiding from Esau.

We jump into Jacob’s story in chapter 28. Jacob is on the run after a rue he pulled with the help and encouragement of his mother. As a result, his father gave Jacob his brother’s much larger share of their inheritance. I’m sure that Jacob felt justified at the time. After all, the boys were twins, but Esau came out first, making him the oldest. In their culture, being the older brother was a much bigger deal than it has been since.

…a stairway reaching from earth to heaven, with angels going up and coming down on it.
Genesis 25:12-13

But Esau was a hunter, and he was furious. Also, given Esau’s superior strength and abilities with weapons, Jacob wasn’t safe staying home. Besides, his parents wanted him to find a suitable partner back in his mother’s homeland. But on his way to Haran, Jacob has a dream.

In his dream, Jacob saw “a stairway reaching from earth to heaven, with angels going up and coming down on it. And the Lord was standing beside him” (Genesis 28:12-13). As Jacob’s dream continued, God offered him a promising future and legacy. And he makes a deal with God. Jacob promises to remember that all he has comes from God, and he will always be generous with others.

But in the song, Stairway to Heaven, we meet the opposite persona.

There’s a lady who’s sure all that glitters is gold
And she’s buying a stairway to heaven.

Buying our ticket into heaven is a universal pursuit. The early church version was called indulgences. According to Wikipedia, indulgence reduces the amount of punishment for sin. But, of course, this idea presumes that heaven is the opposite of punishment and that tickets into heaven are available for sale.

My first inclination was to use a different translation. But after further reflection, I realized that the translators have a point. Every place is sacred. The question is whether we actually notice and acknowledge God’s presence.

In the 55th chapter of Isaiah, God makes this pronouncement: “Come, everyone who is thirsty—here is water! Come, you that have no money—buy grain and eat! Come! Buy wine and milk—it will cost you nothing!” (Isaiah 55:1-2).

Our brains are fascinating miracles that continue to bewilder scientists. Yet, the more we learn, the more we discover God’s reminder that God doesn’t see the world the way we do.

And this is critical to remember because when God speaks, things happen. Unfortunately, however, we often mistake God’s thoughts and actions for our own.

Content for this series is based in part on? Aundi Kolber. Try Softer: A Fresh Approach to Move Us out of Anxiety, Stress, and Survival Mode–and into a Life of Connection and Joy. Carol Street, IL: Tyndale House Publishers, 2020.