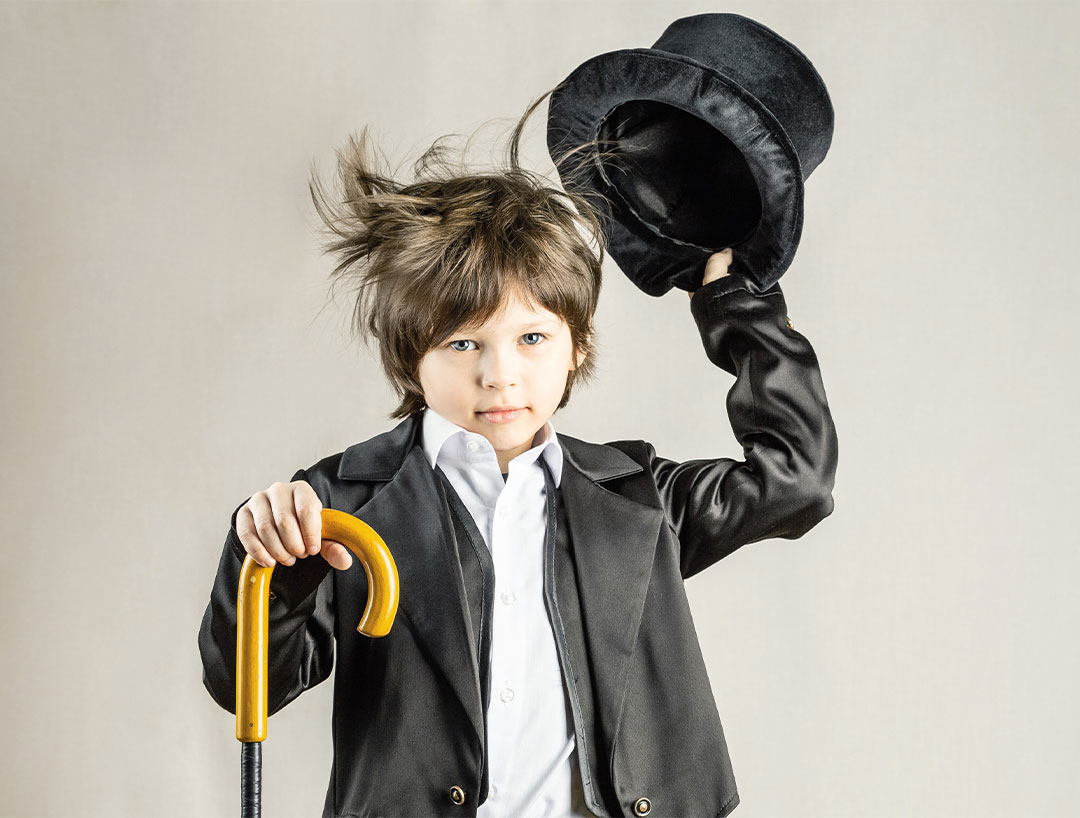 Many of us hide our true identities from the visibility of others. We hide who we are even from people close to us.

The young J. J.’s problems began as soon as he tried to get through the first door. His costume was too wide, and he had to walk through doorways sideways. His costume made it impossible for another person to share the same sidewalk as he went door to door.

His costume was awkward. But then aren’t all costumes a bit uncomfortable? Whether we are dressed as an airplane or a farmer wearing a business suit — costumes are an attempt to fool the world into thinking that we are someone that we are not.

We wear costumes for self-preservation. Yet, it is the awkwardness of the costume that can cause the most damage.

In addition to the disparities caused by the pandemic, the survey also looked at mental health care disparities, discrimination, food insecurity, conversion therapy, and suicide. An alarming 42% of the youth surveyed reported attempted suicide within the prior 12 months. Moreover, 3/4’s of LGBTQ youth reported symptoms associated with anxiety disorder. Almost as many reported symptoms associated with depressive disorder.

One of the many fascinating discoveries in scripture is the Bible’s unwillingness to skip over the messiness of life. And the poster child for life’s messiness is the stories about the descendants of Abraham from which the nation-state of Israel gets its name. This story is about finding and coming to grips with one’s identity. The main character, initially named Jacob, is a metaphor for Israel.

Issac was the son of Abraham and Sarah. Twenty years after marrying Rebekah, the couple gives birth to fraternal twins. Esau was everything his father wanted in a son. He was strong and a great hunter. On the other hand, Jacob preferred hanging out with his mother and learned his way around the kitchen.

At that time, first-born sons were assumed to be the primary heirs of the family’s estate. Since Esau was born first, the societal expectation is that he would emerge as Issac’s successor. Jacob would assume a supporting role. Since Esau was also his father’s favorite he was assured of his future role.

As readers, we know that a twist is coming as the narrator reveals an insight that plays out decades later as Issac nears death and loses his eyesight. The second-born son, Jacob, will emerge as Issac’s protege. Taking matters into her own hands, Rebekah plots with Jacob to make sure this plan becomes a reality.

Rebekah helps Jacob trick Issac to promise him Esau’s birthright. When Issac discovers his error, he is furious, but the damage is done. When Esau learns what happened, he was understandably angry. When Rebekah learns that Esau was plotting to kill his brother after their father passed, she sends Jacob to live with his uncle.

The story turns toward Jacob’s own struggle with his identity and purpose. We learn that Jacob realizes in a dream that God had blessings in store for him. God didn’t turn back the clock and remake Jacob. God didn’t even bring up the deception that Jacob used to trick his father. God simply promised that the ground under Jacob’s feet was itself holy.

Jacob is blessed by God, not for a costume that he wore, pretending to be someone or something else. God didn’t dredge up Jacob’s past. God didn’t remind Jacob how he had deceived his older brother and stolen his birthright. Jacob was blessed by God for just being the Jacob God created.

While he believed that his blessing came from God, Jacob’s coming out was still ahead of him. The day of reckoning was near. Jacob would meet his brother for the first time since the big deception. How would his brother respond when he meets the real Jacob?

In his restlessness, Jacob once again encounters God. And Jacob wrestles with who his brother sees and who the real Jacob was intended by God to be. Jacob’s realization leaves a wound that he would carry with him. But Jacob was no longer the person others knew. With his costumes left behind, Jacob would come face-to-face with his brother as Israel.

Your name will no longer be Jacob. You have struggled with God and with men…your name will be Israel.
Genesis 32:28

Jacob wrestled with his own identity and chose to come out as the person God created Jacob to be.

It is challenging to know each other whenever we wear costumes. When we work together or when we play together. When we go through struggles together and when we celebrate together. The more we show up as who we are, rather than sporting a costume intended to distract from who we are, our engagement is more authentic.

Welcome to episode three of our 2-part series, Coming out. In this series, we focus on claiming our true identity while reclaiming a perception of God based on the truth of scripture. We learn that God blesses us for who God created us to be.