Speak: When silence is betrayal 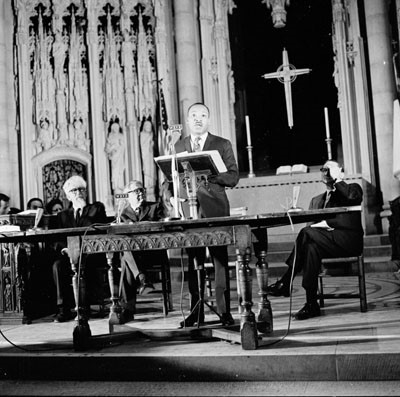 Emotions are running high across the world. Here in Michigan, life is searching for normality as the number of new cases of COVID-19 reached safer levels. And a couple of weeks ago, our conversations focused on our hopes for a new normal where systemic equities are at last the primary focus of our debates over policy and candidates. Our pleas insist on electing leaders who consider this to be a top priority and voting the rest out of office altogether.

But the brutal murder of George Floyd by a killer authorized by the very systems that we count on for protection moved millions of us from the safety of our homes to the streets. The intensity of topics around systemic inequality is boiling over. Despite attempts to divide us, the senseless killing of our brothers and sisters by misguided law enforcement officers united us. The time is now for action that results in the firing of any leaders holding onto the old normal.

A classroom assignment offered by the nonprofit, RethinkingSchools.org, caught my attention: Write the speech that Martin Luther King might deliver today if he were alive. Background for this assignment includes King’s references to the giant triplets of racism, materialism, and militarism. And asks the students to consider how these giant triplets are at work in today’s crisis? This is an excellent assignment for all of us needing inspiration for our particular role in bringing about a new normal.

Our country struggles with systemic racism. And our claims to greatness are as empty as the thousands of mistruths that come out as late-night rants on twitter, as long as racism continues. The difficulty of making the changes necessary to move us substantially closer to the ideals we claim is complicated by the other two parts of the triplet: materialism and militarism.

In 1967, the Reverend Dr. Martin Luther King, Jr. spoke to a group of clergy. The topic of his speech was concern over the role of the United States in Vietnam. As he began, he played back the group’s theme: “A time comes when silence is betrayal.” Reverend King shared his own struggles with speaking out against this country’s interference in Southeast Asia. As he dug within his own convictions, he realized that as a child of God, he had no other choice. 2

Friends, we have no other choice. I am encouraged by so many people speaking out. It is time for us to speak. To speak out against policies and people that call for a return to the old normal.

I am encouraged by the courage of the people around me. Particularly, those whose nature is to quietly serve and keep their own suffering a private matter.

Connie Portillo is one of those who quietly serve others. But in a conversation, I was privileged to have with Connie, she shared some of the pain inflicted by racial injustice that parades as acceptable. Moving to the U.S. as a child immigrant, her brownness, together with learning a new language, exposed her vulnerability to racism. Connie’s story is far too familiar.

Kevin Croom grew up in Beecher. In a conversation, Kevin shared how blessed he feels that he lives and serves a community of racial diversity. As a darker-skinned black man with an athletic build, Kevin handles racial profiling in the same way he serves the public. Kevin speaks softly and allows the love of God to show through him. But I cannot do justice to speaking for Kevin. Nor do I need to.

Sylvia also graduated from Beecher High School. Despite the many gifts that Sylvia unselfishly shares with the world and her gentle nature, not everyone returns her love in kind. As a brown woman, Sylvia knows the sting and ugliness of discrimination. God also blessed Sylvia with an ability to love through the pain.

Whoever does not love does not know God, for God is love.
1 John 4:8

The writer of the Gospel of John and the 1st letter of John uses words translated as “love” more than any other New Testament book. Several times more than most of the other books. Words from the letter known as 1 John, is often quoted when it’s time to speak love to a hurting world. God living among people was evidence that God loves creation.

The writer of 1 John pleads with us to love one another because love comes from God. “Whoever loves is a child of God and knows God. Whoever does not love does not know God, for God is love (1 John 4:7-8).

The events of the past several days offer us numerous illustrations that contrast the love expected from people who know God with the alternative. For example, compare the images of uniformed police officers kneeling, without a weapon in their hand, with the use of military force against protesters. Consider the images of thousands of demonstrators representing the diversity of humanity coming together to demand equality for all against a photo-op that disgraces a house of worship.

I know that I am in good company when I turn to some of the speeches of the Reverend Martin Luther King, Jr. for inspiration. You see, I also must dig deeper into my own vulnerabilities, examine my own privilege, and find the courage to speak. And I was inspired by reading a transcript where Reverend King shared his struggles with speaking out against U.S. military actions in Vietnam.

Try as I do to speak and write in a way that moves people to action, I run the risk of falling silent from awe at the beauty and power of Reverend King’s words. But I take comfort in knowing that the same Spirit that filled the most influential communicators among us also powers you and me. But we must dig deep enough within our own soul and empty ourselves of whatever barriers hold us back.

In the assignment to consider what Reverend King might say today, I first read what he had to say in 1967. I am also bothered by the scenes of contrast between love and hate played out in the streets of our nation. And I am disturbed by crowds destroying communities by breaking into businesses, looting, and setting fires. Yet, I don’t have words for young men and women who are tired and frustrated by policies that treat them differently because of their skin color.

Reverend King spoke out against the use of power, resources, and people in Vietnam. In his speech, he repeated the warning from former President John F. Kennedy. “Those who make peaceful revolution impossible will make violent revolution inevitable.”

May God give us the words, the courage, the resolve, the intellect, and the ability to love our neighbor in sufficient quantities that violent revolution is unnecessary.

For more information our series, Live, see the article, Coming up in worship on our website.

I invite you to join us this Sunday and hear from Connie, Kevin, and Sylvia in their own words. We plan to be live via webinar, through Facebook live, or you can call (929) 436-2866 and enter the meeting number — 324 841 204. We go live at 10:30 am. You can find these links along with more information about us on our website at FlintAsbury.org.

1 Rethinking Schools began as a local effort to address problems such as basal readers, standardized testing, and textbook-dominated curriculum. Go to RethinkingSchools.org