The turnaround: Time to change direction1 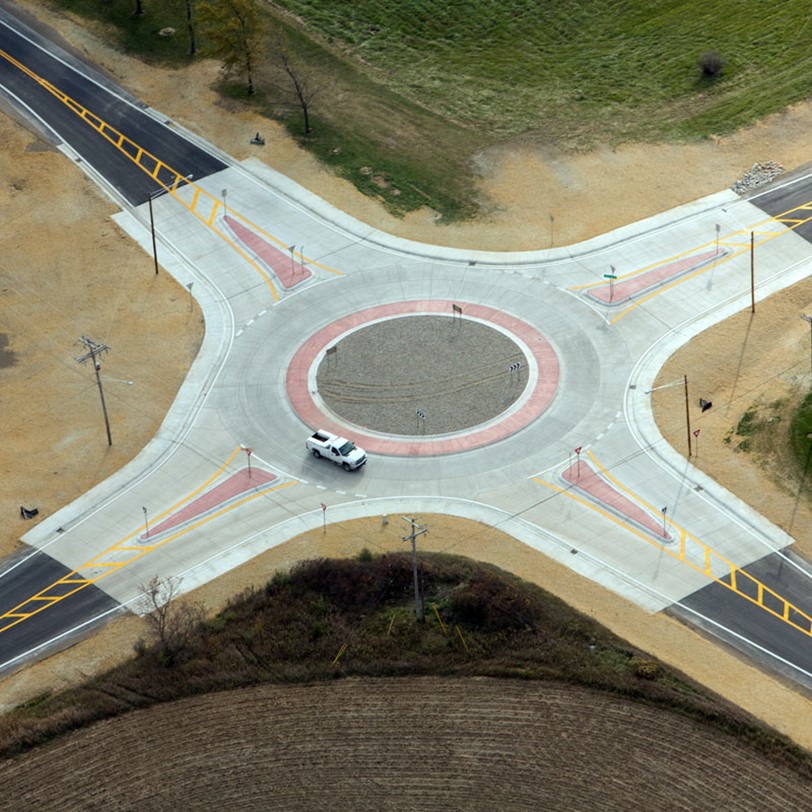 According to an ABC News article from October, Genesee County is studying 3,600 intersections to determine if they are good candidates to become roundabouts. Rowe Professional Services recently constructed Genesee County’s first roundabout on Elms Road. According to Michigan officials, roundabouts reduce accidents and save lives.

I’m ambivalent when it comes to roundabouts. I like saving lives and reducing traffic congestion, but roundabouts take some getting used to. Years ago, I got completely turned around while returning to London from Oxford University. I swear there was a roundabout every half-mile or so. I eventually lost my sense of direction and ended up in Wales.

In episode seven of our trilogy, Bridges, we take a look at turning around from decades of denying the existence of racism in this country. Since efforts so far to end systemic racism feels more like taking a wrong turn out of a roundabout than completing a turnaround. We have work to do as bridge-builders.

For example, bridge-builders call out our political and religious leaders to hold us accountable when racist statements or actions are said or done.

The Book of Isaiah begins with statements that could just as quickly be credited to many spokespersons throughout history that called out leaders and ordinary people. According to Isaiah, God lays it out without sugarcoating. “I hate your celebrations,” God says through Isaiah, “I will not listen, for your hands are covered with the blood of innocent victims” (Isaiah 1:15).

Liberation for the oppressed is arguably the most persistent statement about God’s expectation for you and me found in scripture. Jesus states this goal for Himself in His opening remarks in front of a hometown crowd. And to end systemic racism is to liberate tens of millions of victimized persons of color.

But it is difficult for us to liberate people when we are the ones holding them hostage but denying our part in their bondage. Freedom for the oppressed begins with repentance from their oppressors. Beware that God offers a stern warning that the alternative to repentance is never good for the guilty. Sometimes I can hear God saying, “Don’t make me come down there!”

God doesn’t make empty threats nor false accusations. However, divine charges do come with an offer of grace — undeserved mercy for all who truly repent. But, reconciliation with each other and with God can only happen once we take the turnaround.

A turnaround offers space for a traveler to safely navigate towards the opposite direction. But often, a turnaround is more like a roundabout. It’s easy to turn too soon towards a more enticing direction. When this happens, we may go in a different direction, but not the direction God intended.

The abolition of slavery in this country looked like a turnaround, except that oppression continued in different forms, such as the formation of the KKK and the implementation of Jim Crow laws. Like the Civil Rights Acts, more recent developments put into law in the 1960s looked like a turnaround was finally here, but sadly oppression continued. Often in more subtle ways.

I hear God saying to us the same message Isaiah shared centuries ago. “Give up your evil ways… Seek justice. Help the oppressed. Defend the cause of orphans. Fight for the rights of widows” (Isaiah 1:16.17). But with more specifics that speak to issues of racism.

Latasha Morrison in Be the Bridge writes that “True reconciliation requires that we change our behavior, that we set a new trajectory. This change of trajectory, this about-face, is what we call repentance…This is what repentance looks like… changing course and committing to walking in a new direction.”

Jesus didn’t sugarcoat His condemnation of oppression when He called out the leaders of Jerusalem. Jesus said, “You are like whitewashed tombs—beautiful on the outside but filled on the inside with dead people’s bones and all sorts of impurity. Outwardly you look like righteous people, but inwardly your hearts are filled with hypocrisy and lawlessness (Matthew 23:17-28).

You are like whitewashed tombs—beautiful on the outside but filled on the inside with dead people’s bones…
Matthew 23:17

Latasha Morrison shared her story when she visited Stone Mountain Park in Georgia. On this site, the KKK had its rebirth after losing momentum. This park continues today as a monument to the memory of confederate leaders. And as a constant reminder for African-Americans of an era of even more intense discrimination. Made possible by legislative action.

We are each called by God to end oppression — to be bridge-builders.  I hope that you will join us each week as we continue our trilogy, Bridges. Be sure to invite your friends and neighbors to join either in-person or online.