Tipping point: What does it take? 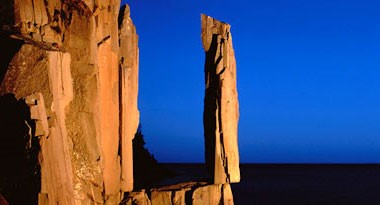 This series was inspired by a poetic statement, an article about balance, and Psalm 144. These inspirations were made more potent by research that I was doing for ushering in the New Year. Traditionally, people will attend church on Christmas Eve, even if a church is not a part of their tradition at other times. And this year at Asbury, we are anticipating a lot of first-time visitors. Who doesn’t want to hear the greatest story ever told in song and in a fresh new way? And we want everyone who comes to leave with a good reason to return the following Sunday.

A while back, I was asked whether I believe that our community is on the road to recovery. While I wanted to respond with a convincing yes, I hesitated. I am usually an optimist. I know how to choose words that inspire confidence. But I’m also helplessly honest. I prefer the raw truth over a cover-up. Although I chose my words carefully, I that it was essential, to be honest.

Our neighborhood is struggling on whatever road we are on, and the truth is, we are on a lot of different routes. There is an overpowering sense of scarcity. Our focus is much more on need than on possibilities. Even our most optimistic perspectives, when we are honest, are colored with shades of gray, and our rainbows are not as bright as we hoped.

In Psalm 144, we find promises of abundance. Barns full of produce, livestock multiplying, shipments full, reduced crime, fewer arrests, and overwhelming joy. Psalm 144 describes the other side of a tipping point. An intersection where beauty overcomes violence, emerging all around. A point where there is a shift from scarcity to abundance.

May our barns be filled with crops of every kind.
Psalm 144:13

“Pono” is a word from the indigenous language of Hawaii. Pono is an attitude, a statement of cohesion, a balance of self-care, and hospitality. Pono is a way forward that leads to a tipping point. During this season of Christmas, we reflect on a particular time when God delivered a tipping point for all of humanity. A time when God illustrated in the flesh what pono looks like, amid a violent reception.

The birth of Christ was, in my opinion, the most breath-taking example of the intersection of violence and beauty that the world has ever known. In the middle of a Roman-occupied village, ruled by violence, a child is born. But, not just any child. While all births are miracles, this birth would usher in a tipping point that would change the relationship between humanity and God forever.

But before we celebrate Christmas Eve, let’s begin with where we are today. Asbury is part of a community that desperately wants to redefine itself, but doesn’t have the resources to pull it off. Or do we?

Michal Mather, in his book, Having Nothing, Possessing Everything, begins with a confession. As a pastor, he saw his role as bringing good news to people who were lacking. A prophetic voice of hope in a community of scarcity. What Pastor Mike discovered, however, was more powerful, sharing that, “Now I often feel overwhelmed by the abundance I see, riches where I had thought there was nothing.”

There is no denying the aftermath of violence that we witness every day. Streets littered with trash from plastic packaging that once offered barriers to consumption, now discarded and adding to the camouflage that hides the land. Houses that were once homes for families left for the weather and vandals to rip at their flesh until they are no more than piles of trash. The list of blemishes and scars is exhausting.

But our tipping point is not found in following each other with trash bags. Nor is our game-changer found in the latest funding to remove blighted housing, although these are all essential tasks for us to do. But if they were themselves, a tipping point, we wouldn’t still be writing grant proposals and gathering neighbors together to clean trash out of abandoned lots. These are important tasks that we must do, but we also need something else that has escaped our grasp.

People of faith anticipated the arrival of the Christ child for Thousands of years. Prophets, such as Isaiah, made God-inspired pronouncements that we believe pointed to this holy tipping point. For example, the Gospel of Matthew references one such prophecy that “a young woman who is pregnant will have a son and will name him Immanuel” (Isaiah 7:14). This child will be called “God is with us” is a very provocative statement. If God is actually with us, a part of our cleanup team, attending our block club meetings, and at our neighborhood planning meetings, this is indeed a game-changer. Enough of us realizing God is with us is a tipping point.

God’s presence is always a game-changer, but God knows not to do things for people who can do things for themselves. Avoiding doing things for others that they can do for themselves is a critical lesson that my friend, Pastor Mike, shared with me when I first met him in 2011. “Don’t do things for people that they can do themselves,” my friend blurted out when I asked about responding to the overwhelming need in our community. Mike’s advice is not a “never” statement, but a guiding principle for offering assistance to a community of people who see their community through the eyes of scarcity.

But what if this Christmas we unwrap a gift that is a game-changer that we can use right away. This gift doesn’t require batteries, nor is some assembly required. This gift is powerful. It is like X-ray glasses that allow us to see past the trash, to see past the systems that put our community into the tailspin that caused us to crash. It is the gift of seeing beauty where violence once ruled the moment.

Simple logic tells us that a newborn child in itself cannot be a tipping point. Yet, God’s presence and participation in transforming our community is arguably just the game-changer that we need. Sometimes, perhaps most times, the tipping point comes after a small, incremental change. Or at least, the amount of movement seemed insignificant at the time. But the consequences are enormous.

I pray that you will join us each Sunday as we explore the intersection of violence and beauty. Be sure to make your calendar for Christmas Eve at 6 pm. Dusty 2.0 promises to be an enjoyable time for all. Check with Terrance if he has any parts in the play still available if you are willing to participate on stage. Dusty 2.0 is truly a neighborhood event.

Since we are speaking about game-changers, we will kick off the New Year with a community-wide program that is commonly called the Daniel Plan. On December 29, we will begin by preparing our resolutions for the New Year. Have you tried to keep New Year’s resolutions before and failed. When we depend on our willpower to succeed in making significant changes, we may succeed in the short term, but we ultimately fail. Join us and learn how God can be a part of your success plan.

Here at Asbury, we worship each Sunday at 10:30 am, and I believe that God is calling you to join us. Come and participate in worship, not as a spectator, but as someone who belongs to God. I lead a short Bible study in the Asbury Café at 9:30 am. You can find more information about us on our website at FlintAsbury.org.