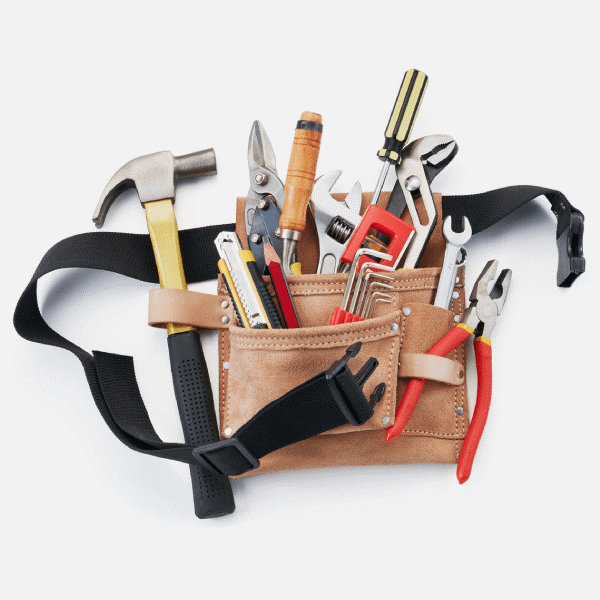 God, speaking through the prophet Jeremiah, tells the people of Judah, who are in exile in Babylon, to hang in there, but don’t be idle. Instead, “Build houses and settle down. Plant gardens and eat what you grow in them.” Building for the future, when you feel like all hope is lost, requires a belief in the unknown and a trust that God and you have similar ideas.

I looked up a quote from a retired Episcopal Priest whose books I have enjoyed reading through the years. Barbara Brown Taylor shares one of her most intimate encounters with God that was life-changing for her. On the fire escape of an abandoned building that was once home to the Culinary Institute of America, Pastor Barbara realized that she had heard the voice of God.

It was not an audible voice that the priestess heard, however. The voice came to her within her own head. But it was a thought that could not have been her own. It was a statement of direction for her life that she had never considered. Barbara shares that she was earnestly willing to do anything that God asked of her, whether it was continuing with her education and teach college or traveling to places no one else wanted to go, and cleaning restrooms. But neither option came up in her conversation with God on that fire escape.

Instead, Barbara heard, “Do whatever pleases you, and belong to me.” When I first read this story I struggled to imagine God being so easy-going. I can identify with Barbara’s feelings of complete surrender. Before I had ever heard of Barbara Brown Taylor I too had committed to God that I would go anywhere and do anything that God wanted me to do. “Just tell me what You want, Lord,” was a common prayer request coming from me.

Build houses and settle down. Plant gardens and eat what you grow in them
Jeremiah 29:5

It would take several years before I would be able to make sense out of the words that Barbara heard that day. And now, I sometimes share her story with persons asking me how to hear God’s voice, and to be certain that they are doing that which God wants them to do. “Do what pleases you,” sounds like an invitation that would come from the enemy rather than from God.

But whatever Barbara chose to do was to be done, not by her own power and authority, but by the power of God’s Spirit. The “and” that God’s voice added makes all the difference. “And belong to me” is an invitation of intimate connection. At any point, God might decide on a different direction, or a different purpose and Barbara committed herself to obedient listening.

Barbara counted ten different jobs since her encounter with God on the fire escape when she was in her twenties. I have a lot of experience with changing jobs and careers. This is more like the life of a nomad than a lifelong resident.

A “nomad” is someone who doesn’t stay in one place very long. A person without a permanent home. Nomadic life is hard. There is a concept in social psychology and in horticulture known as “root shock.” When a plant is uprooted and planted in different soil, the plant experiences a post-traumatic reaction. A form of shock. It takes some time for the plant to recover and flourish. Each transplant comes with a risk that the plant will not recover.

There are a lot of people living in Flint who move around a lot. Most stay in and around Flint, but in different apartments or houses, and often after only a few weeks or months. But their stability comes out of their connections to Flint people and resources. Nomadic living creates more anxiety when the distances are greater. In these cases, connections are usually lost, and new connections are made, only to be lost again with the next move.

I am nomadic. I began my nomadic lifestyle while in my mother’s womb. My family had moved to Memphis. I was born in Arkansas. Soon after my birth, my mom and I rejoined our family in Memphis. My first move happened before my first birthday. There would be many more moves in my future, with each move being to a different city and occasionally a different state. There is something unsettling about a nomadic life.

Their prosperity would come as a result of their combined efforts

The first consequence that comes to mind is the future. I have planted trees that I did not see bear fruit. I don’t know if they are still bearing fruit. I have lived in homes that I haven’t seen since. I have left behind friends, family, homes, jobs, cities, and more. Sometimes I felt as though I was in exile, and I sometimes dreamed of a time when I would return home. But where was home?

This is the paradox of the nomad. Home is where I am most recently transplanted. Like the strawberry plants that we transplanted on Hamilton Avenue, a nomad bears fruit where ever they are planted. And I am planted here on the Eastside of Flint.

What about you? Are you nomadic or have you lived wherever you now live for most of your life? Either way, how does God’s message to the exiled people of Judah strike you? How does building for the future affect you? Have you strapped on your tool belt and started to work on building homes and planting gardens?

The truth is that our home is with God. Where ever we are planted during the handful of decades that we live on this earth, we are nomads. We are planted here and there during a lifetime that is a blink of an eye as compared to eternity. Nevertheless, the seconds, days, weeks, and years seem like a long time while we are in the midst of life. And what we do during this time matters a great deal to God.

Whether, like Barbara, God chooses to green-light whatever pleases us, or provide specific instructions on place, time, and activity, we are to build houses and plant gardens. God would eventually return the exiled people back home. It would be a generation of waiting. Meanwhile, God instructed the people to work for the prosperity of the city where they were transplanted.

What about you? What work is God calling you to do to work for the prosperity of Flint? God did not say to the exiled people that they should concentrate on their own prosperity. Rather, they were to put their community and city first. Their prosperity would come as a result of their combined efforts.

We worship each Sunday at 10:30 am. I suspect that God is calling you to join us. But joining a group that is betting on God to guide our neighborhood and our city to prosperity may seem risky. But if on some Sunday morning, you have this feeling that you should be somewhere, it just may be that God is answering my prayer and calling you to Asbury.

I lead a short Bible study in the Asbury Café at 9:30 am. You can find more information about us on our website at FlintAsbury.org.