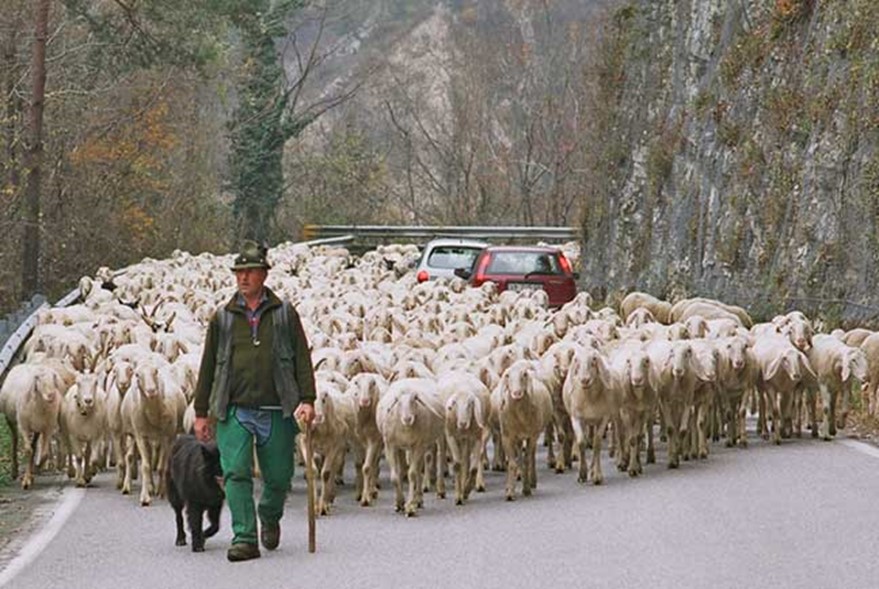 Our Christmas Eve worship tells the same story every year. Oh, we try to tell it in different and exciting ways. One year we told the story through the eyes of Mary’s donkey that we affectionally called Dusty. I recall another time when we told the story using several participants reading a script derived from the versions of the story told by Matthew and Luke.

We’ve told the story in songs and carols and skits, dances, and musicals. But it’s still the same story. Mary and Joseph arrive in Bethlehem just in time for the arrival of the baby Jesus. Shepherds hear the news and arrive on the scene. And we end our celebration singing Silent Night by candlelight.

I don’t know about you, but I’ve heard this story every Christmas Eve my entire life. And this doesn’t include the Linus version from the Charlie Brown Christmas special.

Said this way, Christmas Eve sounds boring. And yet, I look forward to hearing this story every year. Perhaps this was why I was so thrilled the first time I told the story as a pastor. I studied the accounts in Matthew and Luke with great intensity as I prepared to be the storyteller that others depended on to share the story.

So what makes the story interesting to me?

According to the story, Mary and Joseph traveled from Nazareth in Galilee to the Village of Bethlehem. Joseph was a descendant of King David, who was born there. So the Roman IRS required that he go to Bethlehem to register with Mary, who was promised in marriage to him.

Mary was pregnant, and while they were in Bethlehem, the time came for her to have her baby.

That’s right, Mary was pregnant. It was only a few months earlier when an angel visited Mary. What a strange visit it was. Afterward, the whole thing didn’t seem real.

“Was it a dream,” Mary thought to herself? At first, it may have seemed more like a nightmare. During the long journey from Nazareth, Mary had a lot of time to think back to that visit. She recalled how troubling the whole experience was. And the angel’s visit was just the beginning. First, she had to tell Joseph that she was pregnant but not by him.

I bet Joseph had some time to reflect as well during their trip. According to Matthew, Joseph figured he wouldn’t make a big pubic fuss over the whole thing. Joseph had his pride. I bet he could imagine the gossip around the well each morning. “Did you hear?” “That’s what he gets for getting involved with that family!” “Isn’t he a lot older than Mary?”

What a weird dream he had the night that he found out. In his dream, God told him not to make a fuss but not abandon Mary. She needed him more than ever. God told Joseph to step up to the challenge, adopt Mary’s child as his own, and raise him in the Jewish tradition. That’s asking a lot, but Joseph went along with God’s plan.

If prophecies are your thing, you’ll be interested in knowing the importance of Joseph being a descendant of Israel’s all-time favorite king. Joseph’s adoption fulfilled the prophecy that the Messiah would be a descendant of David. This also gives us some idea of just how essential adoptions are to God.

So you would think that since God had this whole thing planned out centuries before, the holy couple would have reservations. Or at least a relative or church family in the village with an extra room.

We wouldn’t expect a fancy hospital with a birthing room — hospitals would come centuries later. But where this couple stayed is more like a bando on Bethlehem’s Eastside — a barn, an outbuilding, or a garage.

Don’t be afraid…This very day in David’s town your Savior was born—Christ the Lord!
Luke 2:10-11

Except that one profession was kept away from proper society during the first century. Those people whose job was to tend to sheep weren’t invited to social gatherings. So when angels appeared to a group of shepherds with important news, the secret wouldn’t be heard by anyone else. Just the shepherds, sheep, and critters who like their mutton raw.

Admittedly, this is my favorite part of the story. Either God has a sense of humor, or there is something quite profound about Shepherds being the first to know. When I think about what Jesus taught us about how we treat one another, I’m convinced that this story is full of life lessons.

And that’s why we tell this story year after year.

So if you missed the service, be sure to catch it on our YouTube channel later.