Your best selfie: You are enough 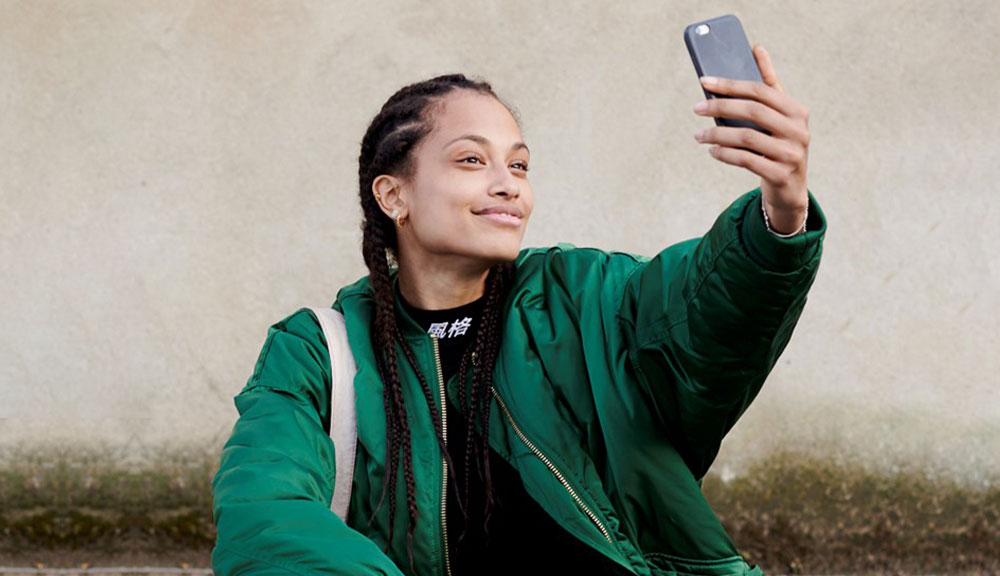 According to the makers of FaceTuneApp, the best selfies require a little pre-planning and the help of their app. In a promotional article titled “How to Take a Selfie,” the writers blame the problem on technology. Our phone simply fails to portrait our authentic selves.

I read their advice after spending time researching what is often called the world’s oldest vocation. The story of Brenda Myers-Powell caught my attention. Brenda didn’t choose prostitution out of a catalog of college courses. Instead, she entered the often violent world of trading sex for money at the age of 14. 2

Brenda explained to a BBC reporter that prostitution was a natural next step for her. By then, she had two children with different fathers when she discovered that men were willing to pay to have sex with her. This was an improvement over the sexual abuse she experienced by the men her grandmother brought home.

According to surveys, over 42 Million prostitutes work in the $1.8 billion spent annually in sex-trade. It’s estimated that approximately 1% of women living in the United States participate in prostitution to various levels.

Prostitution has a prominent place in scripture both as a vocation and a critique of specific persons and societies. As such, scripture generally uses prostitution with negative overtones.

Rahab, according to scripture, was bi-vocational. She operated an Inn in Jericho that allegedly included her services as a prostitute. Grouping individuals by vocation and socioeconomic circumstances to make a significant point is common in scripture. For example, prostitution was a common vocation for women without a father, husband, or brother to represent them. As such, there are often overtones of divine justice for the most vulnerable whenever scripture references this particular vocation.

The traditional understanding of Rahab’s place in the biblical narrative illustrates the universal application of divine grace. For example, the writer of Matthew includes her name in the genealogy of Jesus. And she appears again in Hebrews as a role model for faith in God’s protection.

Indeed, the history of women’s role in society is a testament to the activity of divine grace in the world and the strength, courage, and wisdom of feminine nature. Both wisdom and the natural creation are characterized as feminine, highlighting the intelligence and power of the feminine attributes of humankind.

Rahab apparently took a considerable risk based on God’s reputation of keeping divine promises made to the former Hebrew slaves. She did not allow society’s assessment of her to keep her from asking for divine protection and favor. The use of a scarlet cord as the sign of protection, rather than a color-coded branding representing promiscuity, is seen by Christians as a foreshadowing of Christ’s sacrifice for all humanity.

Rahab answered a call to a divine appointment without fully realizing the significance of her act of bravery. And her response left a legacy that continues to celebrate her decision.

Abigail’s story has little in common with Rahab. The wife of a prominent and wealthy businessman, Abigail, took immediate action to clean up the mess created by her husband, Nabal. The stories in scripture frequently use names with symbolic meanings. In this case, Nabal was both his name and his shortcoming — Nabal was a fool.

However, Nabal’s refusal to offer hospitality was an offense that struck deep into societal expectations. More important, Nabal offended God when he refused to return kindness as retribution for the safety he received. Moreover, in David’s intent to exact revenge without regard to the collateral loss of innocent lives, foolishness was prepared to battle with arrogance to the death.

Abigail rose to the occasion. The presence of her story in scripture is evidence that she responded in the affirmative to divine appointment. She was more than a trophy wife to an arrogant and foolish man. Abigail was a God-appointed hero.

Prostitutes vary significantly in their stories and reasons for their place in the sex trade. The vast majority arrived circumstantially as victims. Over 90% of prostitutes work for a middle-person negatively referred to by the slang term “pimp.” Prostitution is not limited to women, nor are feminine attributes a qualifier. At least 20% of prostitutes identify as male in their gender identity.

The stories in scripture affirm that regardless of whether a person is a victim or believes they are whatever they’ve chosen to become, God sees past our vocations and choices. Whether a “real housewife” with an attitude and a bank account, a single mother uncertain of herself, or an addict, God has an opportunity in mind for each of us to consider.

What is the opportunity that God is offering you?

Plan to join us this month for Part one of our new series, Better together. We plan to hear from several women found in the Old Testament and their contemporary versions we can actually see and hear from between now and Thanksgiving. Bring a friend with you.

When Abigail saw David, she quickly dismounted and threw herself on the ground at David’s feet, and said to him, “Please, sir, listen to me! Let me take the blame.”
1 Samuel 25:23-24